This is just getting ridiculous...

Share All sharing options for: This is just getting ridiculous...

Sure it's been a fun year in Chicago for hockey.  Kane's got a Calder, we're all showing up for games again, we're getting ready for the outdoor game in a little over a month and the season so far is going pretty well.  But is this really necessary? 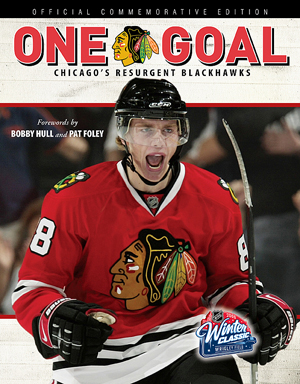 "One Goal captures the spirit of one of the greatest comebacks in modern sports history," Blackhawks Senior Vice President of Business Operations Jay Blunk said. "The book features the overwhelming support of Blackhawks fans over the past year as we continue to rebuild one of the great institutions in Chicago."

The part of the organization that released this book isn't the same department that's working on getting a second line center or figuring out what to do with the salary cap - but it's certainly doesn't look good for a team that hasn't made the playoffs in years (since Kane was 13, right?) to act like some sort of dynasty.  They're jerking themselves off so much you'd think they brought on Paul Ruebens, not Scotty Bowman.

Just to play devil's advocate - what happens to this team if they get swept in the first round of the playoffs (or fail to make it altogether)?  If they get crushed by Detroit in the outdoor game (could happen - they're a better team -  but still.. fuck 'em) and all the people who bought season tickets just for the outdoor game don't renew for next year? Then what?  Can they still claim to be a great "comeback" story?  I hope to see a good playoff series or two this year and a great outdoor game - with Sharp getting the empty net to clinch by the way.. I'm calling it now - but nothing in the league is guaranteed.  I'd love to see less self-praise and more humility, if they win a cup - then release a book about how wonderful you are.

Another random note - when is it no longer going to be OK for them to play "Youth Gone Wild" during warm-ups?  Actually, when is it ever OK to play Skid Row? 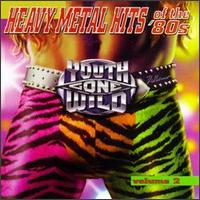 This is not what I want to think of when I'm getting ready to watch a game.

The Hawks hopefully are running out of things to congratulate themselves on now - unless McD thinks of somewhere new to put an ad.

Our buddies over at HockeeNight have a good podcast up with Earl Sleek from The Battle of California.  It's a good listen as the Hawks take on the Golden State later this week.