Some will fall in love with life and drink it from a fountain... That is pouring like an avalanche coming down the mountain

Share All sharing options for: Some will fall in love with life and drink it from a fountain... That is pouring like an avalanche coming down the mountain 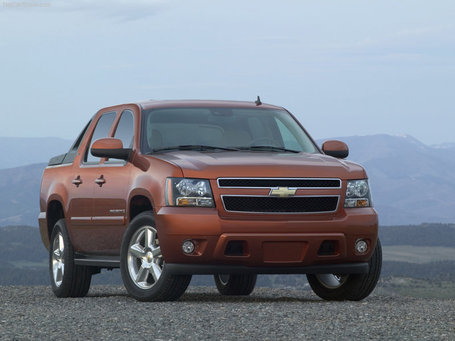 Quick - Name all the teams that don't end in the letter "S" in the major North American sports leagues and yes - I still consider the NHL "major".  There are 8.

Was that too long of a title?  Too obscure?  Do people remember the Butthole Surfers?

Anyways, there's a common theme in the last few games the Hawks have played.  For the third game in a row they're taking on a low scoring team that's actually played pretty well in their games leading up to facing the Hawks.

The Coyotes were 4-2-0 before the Hawks sent them home bloodied and shamed.

The Senators were 4-1-1 when superstars Walker, Sopel and Huet sent them home without a goal.

Now, the Avs are also 4-1-1 and despite being 22nd overall in goals scored, they've averaged 4 goals a game in their current hot streak.  So the Hawks will need another great showing from their blue liners.  In the two loses the Avs have only scored 3 goals combined so they're still able to be shut down.

The Avs weak point has been the shaky play of their netminders.  Trust me - I have Budaj on my fantasy team.  Some weeks he carries me.. other weeks he buries me.  He's was on a shaky streak right but might have turned it against the Kings where he allowed only one goal while stopping 29 shots.  Buff and other should be getting in his zone early and often to try and throw him off his game.

Khabby is back in the net for the Hawks tonight - an interesting choice since Huet has been playing well lately.  He has started every game since Khabby went down though so he could use a rest after a great performance in the last game.  Everything I've read says Khabby's feeling fine and is ready to go.  The Hawks play a lot of games in the next week though so I'd imagine they'll be switching out pretty frequently.

This is another game the Hawks can win as they've beaten the Avs pretty often over the past two years.  They're tougher at home though and have played well so it could be a good game.

In some other good news - We officially passed by the Avs fans in our Pick SPG contest.  We're only up by two though so we still need people to join.  The prize for the year will be announced on monday though so everyone who signs up now gets a head start on those who'll just be joining for the awesome prize.  So do it!