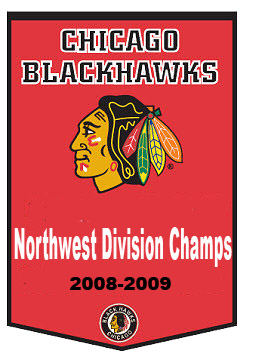 At this moment, we are having more fun than any Hawk fan has had since 1981.  Though that just counts regular season fun.  Total fun?  Probably the best since 1992.  7 game win streak?  Whoever heard of such a thing?  Not 'round here in a while.

Where to begin tonight....well, I probably would like to bitch about WGN's coverage again, but I've done that enough.  Let's start here.  Here are your shift charts and Corsi for the game.  It's going to be redundant, but you can see how wonderful the Keith-Biscuit pairing has been, as well as the Bolland line.  Best players on the ice all night.

Or they would have been, if not for the Amazing Cristobal.  Here was a game where he didn't merely keep the Hawks in it, he won it.  There were some huge saves in the 2nd and 3rd periods.  The rumblings from Hot Stove had it that Huet will be the one to move on when the trade winds blow.  Whichever it is, the Hawks will be just fine with whatever goalie's left.  (If Eddie O refers to Huet as "The Man From France" one more time, I'm going to punch myself in the balls.  Change it up, Olczyk.  How about "the goalie from Gaul"?  Or "The Musketeer?"  "D'artanian"?  Fuck, even "Cheese-eating surrender monkey" would work.)  (What makes this even better is that I'm watching The Man In The Iron Mask while I write this.  How's that for irony?  Boy, you ever want to see Malkovich mail in a performance, here you go.)

And ode to Andrew Ladd belongs here.  He has been a force for at least the past two weeks.  Unfortunately, Tallon-haters, you're going to have to give him props for this one.  He's been fantastic in both ends, creating turnovers, setting up chances, or doing both at the same time as he did tonight for Kane's goal.

We could go on forever about different players stepping up.  That's what makes this team so fun.  Even Ben Eager was a pest tonight.

A word about the officiating.  Puke-tastic.  That's a good word.  Both goalie interference calls were a joke.  Others weren't much better.  Willie Mitchell's inteference late in the 3rd was debatable, and probably not a call that should be made that late.  A chilling vision of the NHL without contact is what it was.

But enough.  As Hawk fans, we can enjoy this holiday more than we ever have.  We needn't ask for presents for Christmas, we've been given this team.

Merry Christmas to all, and to all, a good night.