We're Going To Have To Arm Oursevles... To The Teeth: 2009-10 Season Predictions

Share All sharing options for: We're Going To Have To Arm Oursevles... To The Teeth: 2009-10 Season Predictions 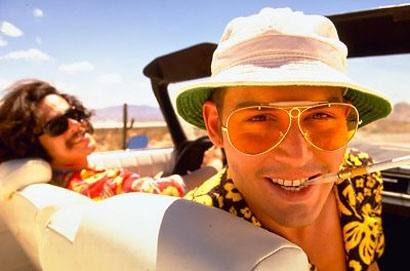 If there's one thing I've never been any good at - it's predicting the future.  I was a philosophy major in college.. thought I'd never have any use for science classes and took a class that was called "10 wonderful things about chemistry"... seriously.  The first "wonderful" thing was oxygen.  I could have sworn that I'd end up in New York City like all of my other friends..

Now I'm probably going back to school to take Organic Chemistry classes because they're necessary for my possible future career and I realize that moving to NYC after college is only for people without any real imagination or those that think it's the only city that matters, no matter how stupid the rent is... suckers.

So I'm really dreading actually trying to pick real predictions for the season.  Anyone who joined our two draft leagues probably realized I'm no good at seeing how the future will play out.. though I maybe could have picked some sleepers in both leagues... watch out for me

Regardless - hit the jump to see my predictions for this season.  If it turns out I'm right about even one of these ideas... you all owe me a drink.  Just FYI - I prefer dark beers or manhattans.

Regular Season Point Total - Conference Finish:  Sam went with 104 - McClure went with 108.  I'm going to split the middle with 106.  Why?  Well, the fact that Puck Prospectus agrees with me is obviously a huge boost to my thought process.  Beyond that though, it gets harder to say.  I think we'll see once again that the Central has changed from a joke to a powerhouse.  All 5 of these teams have a damn good shot at the post-season and it should show during the 6 match-ups we have with the other squads.  Detroit is quickly seeing their domination and easy ride to the playoffs come to an end (and aren't we all glad?).  As for the conference... I'll say 3rd overall just to be a little different.  With the loss of Pronger, I don't see the Ducks being able to keep up with the Sharks.  Up in Canada I think we'll see Vancouver rack up points with ease, even if the Flames have improved their already scary blue-line with the addition of Jay Bouwmeester, I don't think they'll be able to compete (someone does have to score afterall).  Final Predictions - 106 Points - 3rd in the Western Conference

Leading Scorer:  Yeah - I agree with my fellow drunks and say this is Kane's race to win.  While players like Jonathan Toews, Patrick Sharp and Marian Hossa may be better as just pure goal-scorers - Patrick Kane is a player who is as equally skilled at making a perfect pass as he is picking the top shelf with his backhand.  Absolutely anyone he plays with is going to get their stats upped by his unreal vision, meaning his assist totals sky-rocket.  Once Hossa is healthy and these two start playing in the Power Play together.. watch out.  Final Numbers - Patrick Kane - 30 G  59 A - 89 Points

Leading Goal Scorer:  Everything about Jonathan Toews says he's going to continue to get better for the years to come.  I don't see any reason he won't run away with this category.  Last year, Toews won this category with 34 goals even with his much talked about slow start.  With a player like Hossa out for the first two months - I don't see any other player besides maybe Sharp that will come close to him.  Toews will score ugly goals, highlight reel goals, sniper goals and even short-handed goals if he ever gets time on the kill.  Final Number - 42 Goals - mostly because it's the answer to life, the universe and everything... much like our Captain.

McClure went with Ladd - who I don't think will ever have a "breakout" season and Sam went with Brouwer - who will never be able to hit an empty net, no matter how good a chance he gets.  While I really like Andrew Ladd and think he'll be absolutely crucial to this team, I don't think he'll really have the breakout year.  Much like he and Dave Bolland did last year, he'll be absolutely solid in every aspect of the game.  But no one will notice him.  When Ladd is at his best, he's shutting down the other team and occasionally chipping in with a timely goal but he's never blowing up the scoreboard.  He might get some Selke noise but I don't think he'll be able to break into the top 3... whether that's fair or not.  Niklas Hjalmarsson though, should have plenty of time to shine.  If not for an injury in the first shift of the first game last season, Hammer #1 could have been with the team the full year.  Instead, we had to wait to see what he could bring for months.  Once we found out though - it was damn near perfect.  Hammer's solid positional play and his ability to play the body makes him the perfect compliment to whatever it is that Brian Campbell brings (spin-o-ramas).  Give him another year to get up to speed with the NHL and the confidence to use his 6'03", 205 lbs frame to the full extent and we could have Biscuit Jr. on our hands.

Huet's Stat Line:  Oh Jesus.. I have no idea for this one.  The best Huet has ever done was 2.20 GAA and .929 SV% when he played just 36 games with the Canadiens in '05-'06.  When he played 52 while splitting time between the Capitals and Habs - he had stats of 2.32 and .920.  I think if Huet is at his best, that's close to where we'll see him.  However, as we've said all along - Huet has never really proven himself as a true solid #1 goalie.  Without Khabby - he now has time to step up into that role, or die trying.  He hasn't shown much reason for us to feel overly confident in the pre-season though - so we could be in for the anti-Rangers season with a stud offense and weak goalie.  We'll see what finally happens because it really could go either way.  Final Numbers - 52 starts, 2.34 GAA, .920 SV% - because those are just a tad bit better than Khabby (other than starts) and I don't see Huet being much better but not worse than the Russian.

Western Conference Prediction:  If you're a betting man/woman - don't go with these

As for the actual order and the others... do you really care?

Stanley Cup Finals:  Even though Sports Illustrated already picked it - which means it will never happen.  I'm going to have to pick a Bruins-Blackhawks Cup Finals anyway.  This could possibly be the first Original 6 match-up since... 1979?  It was Habs V. Rags then...  Would I be scared of this match up?  Of course.  The B's blue line is terrifying, their offense can put it in the net and Tim Thomas is coming off a year that could be a fluke.. but I don't want to test it.  Who wins?  Who knows? Lets hope it turns out our way...