Don't Give Us None Of Your Aggravation...: Hawks at Big Oil Preview, Thread, Jamboree

Share All sharing options for: Don't Give Us None Of Your Aggravation...: Hawks at Big Oil Preview, Thread, Jamboree 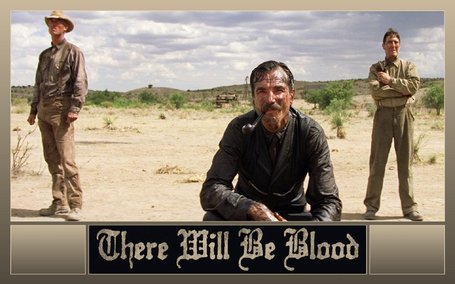 GAMETIME: 9pm
TV: CSN
RADIO: 720 AM
THE OTHER SIDE: Copper & Blue
You won't find a clearer definition of a trap game than this one. After kicking the Flames dick in the dirt, and the blood feud with the Canucks coming up on Sunday, there's every chance the Hawks could overlook this one. Partly to do with that is the fact the Oilers haven't been very good this season. 9-10-3 is not going to make anyone's eyes pop out, at least more so than the weather in Northern Alberta already does. The last time these two got together, the Hawks won 4-3 in a game that wasn't as close as that score would suggest.
As always, the Oilers are loaded with speed that isn't all that tough, but highly skilled. There are nights when they can put it all together, such as their last game against Colorado who they beat 6-4 (this after Colorado had just beaten Calgary in Calgary, but I guess we found out that's not all that hard) There are other nights when the slightest physical effort against these guys causes them to throw in the towel. They don't have a lot of puck winners, their D isn't very big, and they'd rather just run and gun all night if allowed. Probably to keep warm.
Dustin Penner is a power forward finally living up to his oversized contract (imagine that?). He's been everywhere for Edmonton this year. He's got 12 goals and 23 points in 22 games, and he's also helped spark Ales Hemsky to life once they were paired together. On the backend, Lubomir Visnovsky is a funky puck-mover, but can turn into a car crash in his own zone. Heavy forecheck the shit out of this crew, there'll be rewards.
No word yet on whether Huet or Niemi will start. Though I think Niemi should, I'm pretty sure Q is going to "ride the roll" and start Huet both tonight and tomorrow. We shall see.
A couple notes:
Andrew Ebbett is a...Wild? Wildman? Wildabeast? Someone help me here with the singular of that team.
-You've all seen the complications for the new deals for the Big 3. The Hawks should not, in any way, trade Cam Barker in the middle of the season just to clear cap space, unless they've got a damn fine solution coming back. Or do you really want to see a bottom pairing of Sopel and Hendry? Secondly, I keep seeing that Duncan Keith is going to get a shade under $6 mil. The cap hit/average of that had better be way lower than that, otherwise Stan Bowman is a complete dunce.