Have Another Bowl And Shut Up: Hawks 1 - Nucks 0

Share All sharing options for: Have Another Bowl And Shut Up: Hawks 1 - Nucks 0

Yep, that's directed at all the yappy Canucks fans we've encountered this evening.  Let's review:  You caught the Hawks on a second of a back-to-back.  You had our backup goalie who hadn't played in weeks.  You've played twice this week.  You played your game to a T.  You were at home.  And you lost.  So, to quote the great orator Moe Siczlak, "Pipe down, rubadub."

Was this a vintage Hawks performance?  No, it most certainly was not.  The Hawks were second to most loose pucks, lost most of the battles on the boards, and were suckered into the gameplan Vancouver wanted to employ.  But on these kind of road games, you find a way, and tonight, that way was Antii Niemi.  He was spectacular, and a lot of the 30 shots he turned away were of the prime scoring chance variety.  Didn't matter.  It's a confidence builder for all.  We know Huet can't start 60+ games, but after tonight, Q will not hesitate to throw Antii-goal the odd start.  Sure, there was luck involved.  Ehrhoff rang a post, Bernier should have lifted his breakaway, that odd bouncer could have gone anywhere.  But at the end of the night, there's a goose egg up there.

Considering the trip and last night, there aren't too many Hawks I want to light up.  Buff took an dumb and lazy penalty, but he'll do that.  The Sharp-Versteeg axis was invisible, but that hardly matter because You-Know-Who arrives Wednesday.  You get these wins how you get them.

It's now official, where there's a Kane and Toews, there's a chance.  Though they didn't create many shots, they had a few shifts where they toyed with the Canucks.  They created the goal, Kane with sweet dish to 51 Phantom (but go ahead and tell me why he sucks, because I'm dying to hear it) who then fed it in front for Bickell to poke home.  It's a shame, because Bickell deserves to stay up.  But with Fraser's new-found proficiency at the dot, he can't be sent down, so Bickell will be headed back to The Rock.  But on any other team, he's earned an elongated stay.

Other than that, there's not much to say.  In my mind, the Hawks are the best team in hockey right now, but Wednesday will settle that.  Oh, have we mentioned our best all-around player will suit up for the first time Wednesday?  The Hawks started out last Circus Trip like this, and then biffed the last three.  But they didn't get a jump like they will when Marian Hossa takes the ice.  One win out of the last three makes this a very good trip.  Two make it a great one.  Sweeping all of them makes it a punch-yourself-in-the-genitals-it'll-still-feel-great trip.  Do that, then.

Is there any doubt? 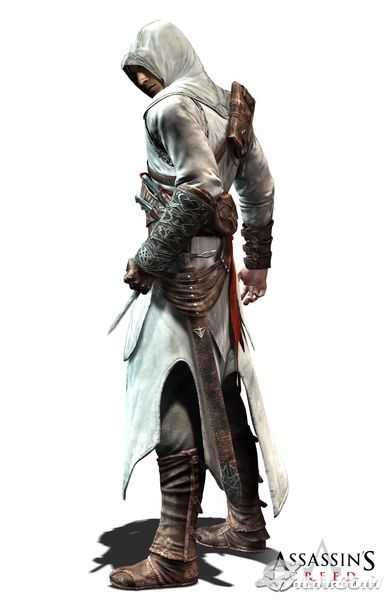 Okay, he doesn't have this on his mask anymore, but it was ace when he did.  It's Antii "Assassins Creed" Niemi.

Reminder:  Join us at Whirlaway for  Wednesday's game.  There'll be food, there'll be booze, there'll be silliness.  What more do you want?