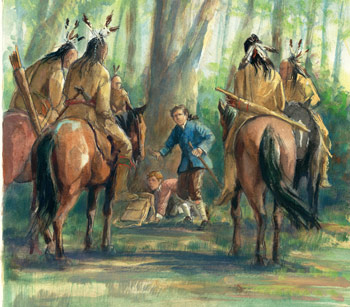 GAMETIME: 7pm
TV/RADIO: VS., 720 AM
OPPOSING VIEW: JACKETS CANNON
We can see our freedom in our sight. The Hawks being the home-heavy December schedule tonight, facing a Jackets team that's coming off a win last night over St. Louis. The 5-2 scoreline is deceiving, because that includes two empty netters. Before that, Columbus had lost five in a row. They have been hit hard by injury, with Commodore and Hejda missing significant time, as well as others. They lost Rusty Klesla last night for a month at least, after Barrett Jackman tried to mount him and his smell caused Klesla's knee to give out.
But it's more than that with the BJs. They haven't been anywhere near the defensively solid unit we've come to be annoyed by. They're shipping more than three goals a game, and Steve Mason might be having a sophomore slump. They're starting to turn it around ever so slightly, but still have a long way to go. Mason started last night, don't be shocked if Mathieu Garon is in net tonight. Still, if the Jackets play their game, it'll be trap trap galore. Hopefully the Hawks don't wait until the 3rd to combat it correctly. Though with Versteeg at center, that's unlikely.
A word about that. Sharp is bumping up to LW on the top line. Everyone and their mother knows Sharp needs to be at center over Versteeg. The only reason anyone can think of that he's not is that he simply doesn't want to. That's disappointing. There's an "A" on your sweater for a reason, Shooter. It's time to get over yourself and do what's best for the team. Though it's not his preferred position, Sharp will hardly let you down as a #2 center. Versteeg just might. With Kane and Buff, that line could get murdered in its own zone. And they'll never win a draw. Watch to see if Hitchcock doesn't do everything he can to get Vermette and Nash out there against Versteeg and Kane, which could get ugly. Just too much size.
Anyway, the Hawks need to start this month right, and catching a still-middling Jackets team on the second of a back-to-back should provide that, if they play it right. Or Columbus doesn't stick to their system - likelier than it used to be -- and the Hawks can exploit the new-space.
Have at it.