This Is What I Know About Being Gigantic - Hawks 5, Bruins 4 (SO - Hawks win shirtless slap fight)

Share All sharing options for: This Is What I Know About Being Gigantic - Hawks 5, Bruins 4 (SO - Hawks win shirtless slap fight)

The biggest United Center crowd of the year got to see the Hawks' most entertaining game of the year, outside of the obvious asterisk that the Calgary comeback ever shall be.

The Hawks' lineup looked quite a bit different on Friday, with Antti Niemi starting in net, Niklas Hjalmarsson sitting out because of feeling under the weather (rumor has it he hurt his knee in the Peterborough game), and Ben Eager sitting out presumably because he's a steakhead. Personally, I would have sat Tomas Kopecky again in favor of Eager, but I'm not the guy with the mustache...YET.  Both teams traded chances in the opening minutes of the first, with the Hawks once again moving the puck very well, but only seemed to be able to manufacture shots from the perimeter against Tim Thomas, who appeared  to be on in the early going with his Hasek-esque style. In their own zone, however, the Hawks were an adventure. Joel Quenneville very quickly into the game rearranged his defensemen, pairing Jordan Hendry with Brian Campbell in order to keep two pairs consistent in Hammer's absence- a result which paid dividends. It did not prevent David Krejci from opening the scoring, however, as Niemi failed to smother a dump in with his catch glove (which was suspect all evening), and the puck came to Krejci out front to poke home.

Early in the second, Kris Versteeg potted the Hawks' equalizer off of a careless pass from Andrew Ference which VERSTEEG! alertly snapped past Thomas. The ice then began to tilt in the Hawks favor, as Patrick Sharp gave the Hawks the lead banging home a rebound crashing the left post.  After having some issues with the referee in the corner at the other end of the ice Brent Sopel (at his Sopel-est tonight), coughed up a turnover that led to Daniel Paille tying the game at two. However, in the waning moments of the second, Troy Brouwer threw a goal line pass from the corner to Jonathan Toews, who harpooned the puck between Thomas' legs to give the Hawks the lead after 40. All three Hawks' goal scorers in the period potted their tenth goals of the year.

The Hawks' assault on Thomas continued into the third, but Boston once again drew even, as Johnny Boychuk slapped a cross ice feed undereath Niemi's right arm. Less than two minutes later, Andrew Ladd received credit for redirecting a Brian Campbell point blast into the net after some fine perimeter puck movement by Campbell, Hendry, and Sharp. It would not be a lead the Hawks would hold onto. With less than three minutes remaining, the Bruins found themselves on a 3-on-2, with both Sharp and Marian Hossa late to return on their backchecks, which let Krejci pot his second of the night to tie the game up. After relatively uneventful OT, the contest needed to be decided with a couple rounds of rochambeau, with Q deciding to let the B's shoot first.  Patrice Bergeron ran out of room on Niemi, and Toews made him pay with the now trademark snapper at the other end. Blake Wheeler got Niemi down and out but drew iron, which made Patrick Kane's backhader at the other end hold up as the winner. Hawks win. 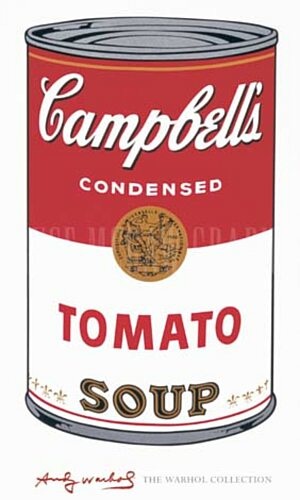 While this award could have gone a number of ways, I'll give it to everyone's, including seemingly Q's, favorite $7 million dollar whipping boy. Even with his Swedish security blanket out of the lineup, Brian Campbell managed to be a +1 with an assist during nearly 28:00 minutes of ice time in a back and forth game. Campbell created opportunities in the offensive zone, had an assist on a redirected slap shot, and was solid in his own end.