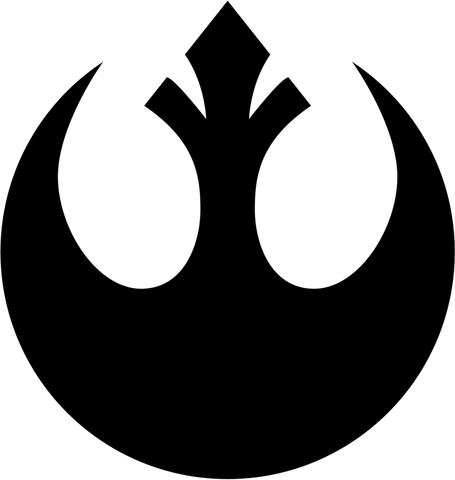 Game Time: 6:00PM Central
TV/Radio: WGN TV, WGN 720
Mos Eisley Spaceport: Abel To Yzerman, Winging It In Motown
As a lot of you may remember from last year's playoff run, for game 5 we called in the heavy artillery and summoned Obi-Wan Kenobi as our beard of the day. It was a game that the Hawks ultimately lost, which eliminated them from the playoffs, but in retrospect, it seems a fitting fate given our choice of Ol' Ben. After all, shortly before meeting his own demise, he did utter "You can't win, Darth. If you strike me down, I shall become more powerful than you could possibly imagine."
Fast forward seven months, and the Hawks now find themselves atop the division and conference (albeit inexplicably tied with the Nashville Goddamn Predators), and Scum ravaged by injuries, trying to just stay afloat in the middle of the pack until reinforcements arrive. The most recent of which is all-world center and Jared-Leto-looking-motherfucker Henrik Zetterberg. Scum's leading scorer will be sidelined for at least another two weeks with a shoulder strain, and that significantly impacts both ends of the ice for them. Additionally, with Niklas Kronwall, Johan Franzen, Dan Cleary, Valteri Filppula, Jason Williams, Jonathan Ericsson, and Darren Helm also all missing time currently, and what you find here is two straight seasons of 100+ games and deep playoff runs finally catching up with a slightly older team. But, as is their wont, the dicks who are on the ice won't go away. Prior to yesterday's loss to Dallas, the Wings had won five straight, with the Rancor that is Todd Bertuzzi lighting it up, with 6 goals in 5 games. Also, Jimmy Howard has shown signs of being ready to usurp the starting gig from the stat and hall of fame credential conscious Chris Osgood. Howard started yesterday in Dallas, so it seems likely that Ozzy will get the nod this evening.
Meanwhile at 1901 W. Hoth, the Hawks have won three straight, and are starting to find the back of the twine while at even strength. However, power play is still full of worse choices from both a strategic and personnel standpoint than Greedo shooting first, and that doesn't appear to be changing any time soon. The Hawks defense should be getting Niklas Hjalmarsson back, which is a good thing, even though Jordan Hendry acquitted himself quite nicely with Hammer missing Friday's tilt, though nothing has been officially posted anywhere that I've seen. Likewise with Ben Eager, but the demotion of Bryan Bickell back to Rockford would seem to indicate that Eager is ready to go.
Regardless of who's in the lineup for either team, we know how this game is going to go. One team will try to establish possession and keep pouring the offense on. While decimated by injuries, Scum still have Pavel Datsyuk and Niklas Lidstrom, and cannot ever be counted out of a game, and the Hawks should be acutely aware of this after their most embarrassing loss in game 4 of last year's series when numerous players did not dress for Scum. The Hawks need to be concerned with getting the two points to stay ahead of Nashville, and to keep widening the distance between them and Scum, because they WILL make a run once they get all their guys back. Let's go Hawks, and may The Force be with you.


UPDATE: It seems Bickell has been recalled, so in all likelihood, it will be him dressing and not Ben Eager this evening. Thanks to Dr. Ice for the info.