Should the NHL Look At Turner Over ESPN?

Share All sharing options for: Should the NHL Look At Turner Over ESPN? 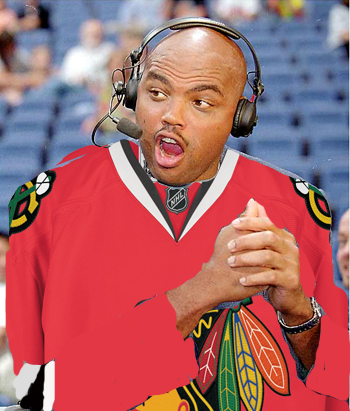 (apologies for the poor quality of this photoshop, but I really can't be arsed.)

So, every so often you'll hear a lot of hemming and hawing, whatever those may be, about how badly the NHL biffed it by going to VS. instead of ESPN.  I used to be one of those, until I remembered my absolute abhorrence of The Worldwide Leader.  But more on that later.  In hindsight, I could see the NHL's theory:  Why not go to a station where you would be the main sports priority, that could give you all the attention and resources they had?  It's only VS. lack of distribution that has hurt, so probably more research on this should have been done before choosing it, but the principle, I thought, was sound.

Contrast that with ESPN, with all it's distribution and bells and whistels.  The NHL would still be low on the totem-pole of priorities for it.  MLB, NBA, Monday NIght Football, probably college football and basketball would all be slotted ahead of it.  Granted, it would get more coverage than it does now on the Boo-yah! Network -- because ESPN markets what it has contracts to cover, therefore nullifying it as a journalistic entity in any way -- but really, how much?

Secondly, ESPN's style makes me want to light myself and others on fire.  If Scott Van Pelt were half as funny as he thinks, he'd be right up there with Chris Rock.  Ditto Stuart Scott and all the rest.  The only known hockey guy is Buccigross, who's too busy trying to make a Journey reference to prove how cool he is to bother with any hockey talk (Jon, Journey sucks, and so do all the bands you quote.  Make one more Bon Jovi reference, I dare you, motherfucker.)  Is Bill Pidto even alive these days?  Whatever, we lost any decent hockey anchor when Tom Mees passed.

ESPN's actual game coverage is even worse.  For any sport.  In their NBA booth, Marc Jackson can't count to 10, and Van Gundy is too busy reading his resume over the air to get another job to give me any analysis.  Their Monday Night Booth is the 8th level of hell, and I'm pretty sure Kornheiser's voice signals the apacolypse.  Baseball?   Puh-lease.  John Kruk looks and talks like he's stuffed a bunch of Krispy Kreme's in his pants, which he probably has.  What Steve Phillips knows about baseball I could put in my pipe, smoke it, and not have enough to pass around or get high.  Joe Morgan is so bad the greatest sports blog ever written was dedicated to talking about how much he sucked.  You really want the geniuses who put these people in place to cover hockey?

Which brings me to Turner Sports.  Their coverage of the NBA on TNT has been the pinnacle of sports coverage in this country.  They treat you like an adult.  They simply just describe the action, and the analysts point out stuff you might not have seen without celebrating or yelling.  Until recently, Kenny Smith and Barkley were the best studio going team, until Barkley got lazy and blow job-hunting (and can you blame him?).

They've recently expanded to baseball, which not quite the quality is still minus the bells and whistles that ESPN employ to give us an aneurysm.  They still treat you like an adult.  Maybe Turner would be interested.  Actually, it's likely they wouldn't be.  But some outside of the box thinking on where to take the NHL on cable wouldn't be out of place.