They Just Don't Get it, No, They're Copacetic

Share All sharing options for: They Just Don't Get it, No, They're Copacetic 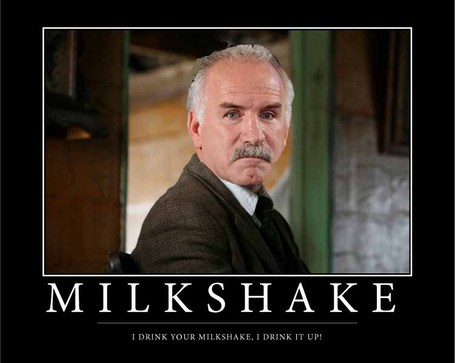 Yeah, we're going to use that one again.  Ho-hum, just another comfortable road victory for the West Side Hockey Club.  I'm sure they'll come a time when we won't find this as enjoyable as we do now, but I hope it never arrives.  I don't know about you, my fellow Hawks fans, but I'm just starting wrap my head around the fact that we have a Top 5 team in our fair city.  When was the last time we said that?  1995?  Let's try and enjoy every second of it.

Thankfully, Dallas has the comprehension skills of a ADD students on coke.  You would think after their pantsing by Scum in last year's playoffs, the Stars would have figured out that they can't simply slobber and hit and scuffle a team off the rink who is faster and more skilled than they are.  If that didn't do it, you'd think the encounters with the Hawks this year that resulted in Jasper dancing on our site would have showed them.  But no, there they were, trying to intimidate the Hawks, going out of their way to be physical, and thinking they could flatten us off the ice.  Once again, there they were pretty much creating NOTHING in the Hawks zone.  Once again, there they were chasing shadows in theirs.

Last week, I was worried about the possibility of playing Dallas in the first round.  But, much like my worries of seeing Calgary in the post-season, those worries have disappeared like a fart in the wind.  The Hawks were the superior team by a wide margin, and it really should have been more than 3-1.

As seems to be the case every game, Marty Havlat got the ball rolling.  First, the D. Ladd Soul Line put the Stars on notice with a dominant first shift, and then Mach 24 set up Wiz's opener.  A lot of players would have tried to fire the one-timer on a rolling puck from a tight angle on the pass Marty got, which would have resulted in a missed net in all likliehood.  Havlat showed patience and vision, settled it down, served up a cookie to Wiz who got a deflection's help to net.  However it goes is in is fine by me.

The 2nd was another shut-down effort.  Though the Stars had three consecutive power plays, they had exactly 0 big chances on it.  The Hawks other stud of recent games, created the second goal, and that would be Captain Marvel.  He drew the penalty that led to having an extra man, some nifty skating from Keith led to a nice feed to Havlat, to Toews, and his centering pass led tot he scramble that Kaner was all too happy to pound home.

One thing the Hawks have done on this trip is put a team down when they had the chance, and they did so right at the end of the 2nd.  Matt Walker, yes, Matt Walker, found himself open and hit a fluttereererere that eluded Turco, and that was just about that.  I find it laughable that some people have been calling for Walker's head.  Yes, he's had his off nights, but I think his partnership with Campbell has thrown some fans off.  Walker is what he is, a solid 5-6 d-man who just happens to be paired with a #3.  He's a +15, a + in Behind The Net, and has been overly solid, especially on the PK.  I don't know how anyone could ask for more.

The 3rd period was basically the Hawks rolling 4 lines in preparation for tomorrow night, and though Ott's breakaway goal might have raised the pulses a little, it was never in doubt.  Just another solid road win.  We'd say keep them coming, but the Hawks spend the majority of the rest of the season on West Madison.  So home wins, please.  Your Corsi and shift charts and of course... 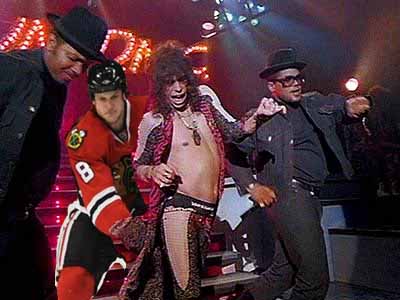