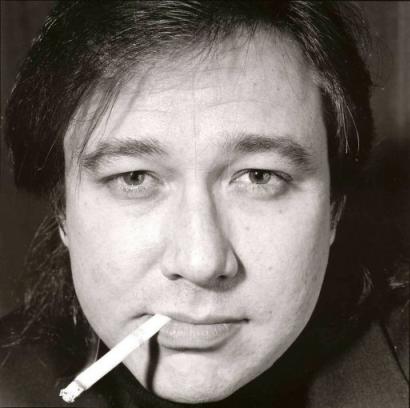 I'm sure the late, great Bill Hicks would probably kick my ass for using a line from his last ever set, but it's the only thought running through my head after hear THAT fucking song five times, four in the third.  I'll use his picture as I feel the level of anger and bile that is within me after that putird excuse for an effort would only be matched by him.

It would be nice if the Hawks are going to mail it in as totally as they did tonight to email or text us, so we can do something else with our evening (Ed. note-Sam doesn't have ANYTHING ELSE to do).  I don't know if they were road-weary, sapped of energy, or just looking forward to a homestand a little too much.  But whatever it was, this was an unacceptable output from the men in white, and frankly I hope it's the last of that we see.

The first period -- in fact most of the game -- resembled a game we here in Chicago would recognize from years past.  No energy in the building whatsoever due to the fact that the home team blows and/or there's no one in the building to watch (I don't know what the attendance was tonight in Music City, I'm guessing it wasn't high.  Even if it was, there wasn't much of a buzz).  We used to see it all the time here.  Partly because of that, the Hawks pretty much played as if just showing up would net them two points.

Did anyone feel with those two-goal leads the game was safe?  I sure didn't.  The lack of urgency practically poured through the screen, and I can't say I was shocked when said leads were coughed up.  Other than the 4th line, I can't think of a Hawk who played well.  When your 4th line is your best line, you know you're in trouble.  Each defensive pairing was at fault for at least one goal.

The 2nd period was as ugly as the first, but the Hawks managed to dry-heave up a couple goals.  None of them were pretty.  Campbell was able to bank one off Buff's sitck, don't try and tell me Buff had anything to do with it.  Havlat was able to bang home a rebound after Bolland took advantage of some horrific Preds defending.  Bolland should have had a hat trick tonight, but managed to biff two partial breakaways.  Nashville Pussy struck back when a turnover led to a breakaway that Huet stopped, but left a rebound begging to be put away like a martyr, and Campbell and Walker thought they'd check out the view from behind the goal line.  Kane then put them back up by two with a stupid goal from behind the other goal line.  Whatever.

The thing is, the Preds won't lay down and die.  The Hawks clearly assumed it was job done after 40 minutes.  But one Barker mistake, one bad Huet rebound, a couple lazy penalties, and poof, an L.  The Hawks had been asking for it, and they got it.  It was a mash-up of idiocy.  Turnovers, piss-poor work, dumb penalties, missed chances, you got it all tonight.

Whatever, ti's over.  The Hawks can get it out of their system with a home-heavy schedule.  However, the PK is worrisome.  When it's not getting scored on, it's giving up great chances.  Maybe it's time to put Toews out there on the kill to at least win a face-off here and there.  The PP isn't setting the world alight either, and the 2nd unit needs a serious look.  Couldn't the D. Ladd Soul line work as the second PP unit?  We know Buff is a black hole of all our desires, and Versteeg has either hit a wall or is water seeking its own level.  Bolland has better vision and is a better passer than him anyway, and Ladd would be far more effective in front than Buff, because Buff IS BAD AT HOCKEY.

I'm going to go see my friend DJ at The Burlington, flirt with some hipster girls or something.  Forget this ever happened.  We'll see you at the UC Friday. 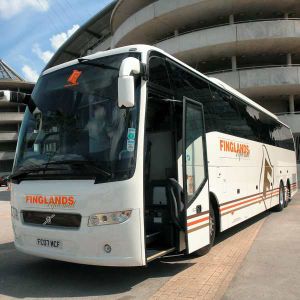 Clearly the Hawks' bus was running, they were  looking forward to getting on it all night, and now they'll have their wish.