Nothing Is F*cked Here, Dude

Share All sharing options for: Nothing Is F*cked Here, Dude 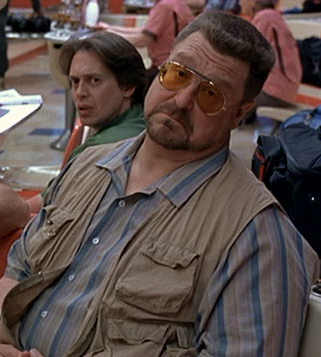 At least not totally, completely fucked.  But, just glancing around the league, check out the records of the other top teams lately:

Obviously, the Hawks are taking it to another level of suck, but this is always the time of the year the top teams take a hiccup.  The playoffs aren't quite close enough to get revved up for them, and you've established enough of  a cushion where complancency kicks in.

Yes, the Canucks are now right on our heels, but they'll hit a snag at some point, they can't stay as unconcious as they've been.  Yes, the Hawks are playing awful right now, finding ways to lose instead of win.  But let's all take a step back and breathe.  Those of you I've seen suggesting the Hawks will slide right out of the playoffs, do us all a favor, cover yourself in raw meat, and step into a wolverine's cage.  That's about as silly as you're being.

In addition, if the Canucks keep this up, they'll catch the Flames, and that's who we'd draw in the first round.  That scare you?  The team we're 4-0 against?  The team that we've destroyed in 3 of those?  Yeah, didn't think so.

We're all being very un-dude...