What an amazing series between these two teams so far this year.  Lets look back a little bit.

Nov. 16th - Hawks lose 6-5 at home.  The thing I remember most about this game is watching Sopel coughing up the puck deep in the Hawks zone and seeing JR knock home his first goal of the season.  Upon further reflection (aka checking the box score and recaps) it was a game the Hawks lost on the power play (a recurring theme against this team).  It could have gone much better without the Hawks giving up 4 pp goals, including 2 in the 3rd to tie then lose the game.

Jan. 31 - Hawks win 4-2 in San Jose.  Toews started this game off right scoring less than one minute in to the first.  The Sharks tied it in the first but in the second and beyond it was pretty much all Hawks.  That was probably the best game the Hawks have played all year (and one of the only Sam didn't watch.. coincidence???).

On to this game..

The Hawks were probably still a little bit stunned coming into this one.  Sure they won the last one against the Kings in a dominating game, but the 5 before that had been pretty rough.  They were a boxer that had been beaten for most of the match but had just thrown the one lucky punch that stunned the opponent.. now they needed to capitalize.

So I wasn't ready to declare the slump over.  If they have even a little bit of trouble against the Kings then the Sharks were a team they should really hate to play.  The Sharks not only can play the fast-tempo back and forth game but also have the size to cause some major trouble for the Hawks forwards.  This was a team that was fighting to regain the lead for the President's Trophy...

But out of the gate... The Hawks dominated.  After a great first shift the... third? second? best? line came out and D. Ladd Soul put one home just over a minute in.  Bolland somehow missed an easy open net and hit iron but Havlat was there to knock one in.. or have the puck bounce off him.. either way.  Goal

Things got ugly when Burish takes a dumb penalty and the Sharks dominated on a power play.  I was surprised it took them so long to score on that advantage.. they killed the Hawks.  The Hawks didn't waste long to respond scoring two more times in just over 5 minutes.  Once off a sick pass from Barker put to Buff and another from the D.Ladd Soul line.

In the second things got uglier.  Sure, Toews was credited with a goal on another sick play by Barker.  He made a quick move to his left to avoid a charging forward and put a shot on net that seemed to bounce off Toews' skate then off a Sharks' stick and in.

The Sharks responded with two goals that were knocked in off the Hawks.  The first going in off Hammer's skate as he came in backwards to the net and the second off a shot that was going very wide til it bounced off Biscuit's chest.

So into the third the Hawks were up one til once again Ladd is able to put one home on some more amazing passes, including a drop pass that actually worked.  It wouldn't last as the Sharks twice within 3 minutes in the last quarter of the third to tie it.  Fuck.

OT always gives me troubles.. I feel like I'm having a heart attack - it's not fun.  The Hawks withstood all the Sharks challenges and even got some amazing changes towards the end but it goes to shootout.

Kane scores.. Pavelski hits iron.. Toews scores a goal so fast I actually thought it had bounced off Nabby's pads.. turns out it actually hit the back of the net and came back out..

Overall, I'm not sure how to feel about this game.  Of course I love that the Hawks are the only Western Conference team with a winning record against them, 2-1-1 (I'm 99% sure about that anyway..  someone check other teams' records).  They gave up some soft goals though.. two were flukes off other Hawks, two were mistakes that could have probably been avoided.. the power play was the only goal the Hawks seemed totally bewildered by.

This is 6 points in the last 4 games that Hawks desperately need.  They'll need this momentum heading into games against the Devils and Canucks so lets not rest now.  Fourth place belongs to the Hawks again.

Campbell seemed to get some grief from commenters because of Setoguchi's goal but he actually had a pretty solid game.  In the first he had a good stick lift to break up a chance, in the second he had a good poke check to break up another and in the third he stripped the puck to prevent a two on one chance.  He also was tearing up the Sharks zone all night - put him with a good D-man and he's lethal.  Put him with Walker and it's ugly.

He's not the player of the game though.. I'm giving it to Ladd for two great goals and because he rarely gets the credit he deserves playing with Havlat. 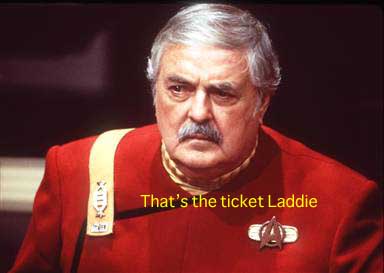 I was going to go back and check this to see if I rambled too much or just didn't make sense, but I'm tired drunk and wanting to go to sleep... so fuck it.. I spell checked it and that's all you'll get