Share All sharing options for: Wait 'Til Tomorrow - Habs 4, Hawks 1 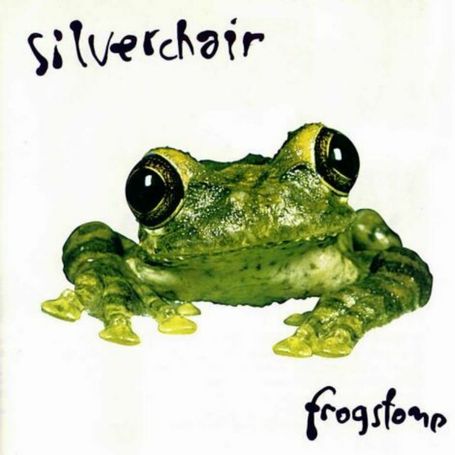 Well, that was fun. SCH calls out another opponent, and it once again bites the Hawks squarely in the ass. Sam is not to blame for calling out Kovalev, as his analysis was dead-on, but per tradition recently, Kovalev wasted little time in putting the Hawks down a goal- 25 seconds to be exact. One cannot fault Keith's logic in trying to reverse the flow of that dump in, and Seabrook should have hustled back more into position for it, but as we're growing accustomed to as observers, we got to watch the Hawks spot the opposition a one goal lead early in the first period, one which Huet could hardly be faulted on.

For the remainder of the first period, the Hawks showed quite a bit of spirit. From controlling the majority of the play to Aaron Johnson's decimating hit along the end boards of the younger of the Kostitsyns which initially resulted in an extended Hawks advantage, the ice seemed firmly tilted toward the right immediately following the Kovalev tally. And while the first replays idicated a phantom call on Patrick Sharp negating that powerplay, the camera crew eventually showed an angle where he had clearly kicked Carey Price's goal stick away from him, subtle as it may have been. It was a worthwhile risk on Sharp's part that he got caught on, but it still is something that a ref would rarely call, and Price got away with a haymaker to Toews' brain stem immediately preceding the kick, which should have been called.  Huet was a rock during period one as well, denying several Montreal chances, the majority of which were the result of poor defensive zone coverage. If not for Cris, the Hawks could have found themselves down by three or four goals going into the first break.

Rather than appreciating the gift they had been given, the Hawks opted for hitting the ice flatter at the start of the second period than the first, generating no real opportunities. Guillaume Latandresse (which was pointed out in the in-game comments translates to "William Thetenderness"- an absolute must name for anyone forming a band out there) was the beneficiary of a favorable hop in front of Huet in which a puck squirted free about 8 feet into the air along the goal line, and Huet got a read on the fly ball over him that would make even Aaron Rowand cringe, resulting in a 2-0 Canadiens lead. It would be all they would need.

A Brian Campbell penalty was the direct cause of Andrei Markov banging home a loose puck in front of Huet on the power play, and from there, the Hawks never really generated much offense. Sharp's turnaround one-timer from the blueline was a shot Price never saw, and was the only thing that prevented the Hawks from going 120 minutes without busting the twine hymen, making the score 3-1 at the time. Given Montreal's propensity to shit all over themselves recently, I promptly declared "comeback", and even "shorty" once the Hawks again went a man down. Mathieu Schneider wasted little time in proving me to be an idiot and adding on to his lead for all-time leading Jewish scorer in the NHL by blasing a slapper from the blue line past Huet with Chris Higgins providing the screen in front with about four minutes left. It was entirely academic after that.

So, let's talk silver linings. First- Huet looked spectacular at times, and the first two goals could hardly be attributed to any wrongdoing by him. Second - Quenneville finally realized that the Kane/Pahlsson experiment was not working, and reunited Daydream Nation, with Sharp along for the ride. Kane looked energized, and here's hoping they stay together, Al Green style. Third- even though the Hawks lost and the Canucks won in overtime agaisnt Minnesota, the end result is the Canucks in the 3 seed, and the Hawks now matched up with the Flames- whom the team has owned this year and Nik has owned for the last decade- if the playoffs were to start today. I'll never discount Iginla and Kipprusoff, but I certainly would rather the Hawks face them than this Canucks squad in the first round right now, regardless of home ice advantage. And they have a game in hand on both Northwest division combatants. Fourth, and finally- the Men of Four Feathers get an immediate opportunity to redeem themselves tomorrow night at home against a hot and relentless Blues squad. Killion said it will be worthwhile if the Hawks lay the lumber to the boys from St. Louis tomorrow night. Here's hoping that's the case.

Player of the game: 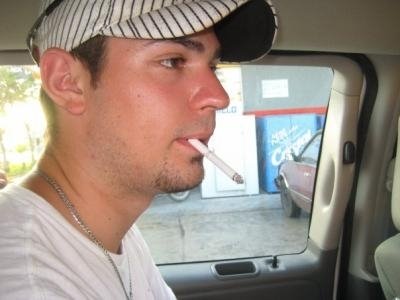 Oh, it was a banner fucking year at the old Price family. I got a carton of cigarettes. The old man grabbed me and said, "Hey, smoke up Carey."