Share All sharing options for: April 14th - Beard of the Day: Ernest Hemingway 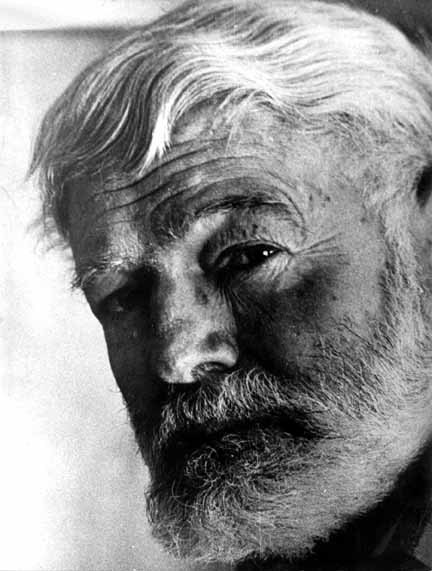 Oak Park's finest - Ernest Hemingway.  Sure, he hated Oak Park saying it was a place of "Wide yards and narrow minds" but does anyone actually like Oak Park?  Didn't think so..

By some accounts, Hemingway had a beard from the time he was 23 until he died.  That's dedication right there.  He also could drink you under the table and still have a steady hand to go shoot a lion later in the day.

The garden behind Ernest Hemingway's home in Key West contained a fountain made from a urinal from his favorite bar, Sloppy Joe's.  Hemingway reportedly told the owner that so much of his money had gone down that drain that he should own the damn thing.