Iggy and the Stooges: Looking at the Flames Forwards

Share All sharing options for: Iggy and the Stooges: Looking at the Flames Forwards 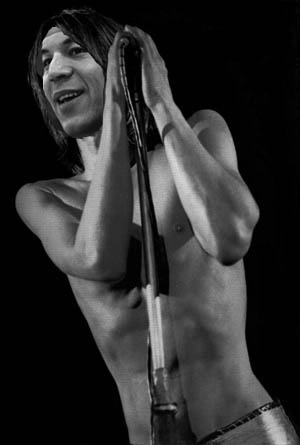 First of all - thanks to Sam for letting me steal his Iginla Pop picture from The Committed Indian.  All of you should really think about buying the subscription for the playoffs.  Sam puts a ton of stuff in there that we don't use for the website and it's all good.

So there are way too many forwards to link to like I did with the defense - so instead of cluttering up this page even more - you should just check out the roster page and click on players from there.  I'll just focus on some of the impact players here.

From the last game - here are the lines the Flames have been using:

The fourth line was then a combo of Conroy - Moss - Nystrom again.  Bourque has been huge for the flames but injuries have kept him out of action since Feb. 19th (more on him below).  Other injuries have really hurt the Flames lately, causing them to be short some bench players due to the salary cap. Hence the mismash of lines they've used lately.

The biggest players for the Flames this year have been Iginla (no surprise) and Cammalleri.

These two however, did not have good luck against the Hawks.  Both were -9 overall and like most of Flames did not put up many points.  They're both still huge threats though that players like Keith, Seabrook and Pahlsson will have to work on shutting them down if the Hawks want to have any success.

Looking at the Flames on paper and you see a strong team that can roll out three solid lines against you.  However look closer and you'll see a team that simply fell apart after March 1st.  Everything took a nose dive for the team - Matchsticks and Gasoline has a great preview of what went wrong (oddly enough - that was in Kent's "Yay, Optimism" post).  Pairing Iggy with Jokinen after the tradedeadline was supposed to all but seal up the Northwest for the Flames that clearly didn't work.

Now the reason Kent and other Flames fans have to be optimistic is that this horrible streak can't last forever, can it Cubs fans?  They should be also getting some of their weapons back for tomorrow night's game.  If the Flames are able to turn around their offensive struggles it should be a much more even series than most people seem to think.  At that point it'll all come down to the goalies - and we'll learn more about them later.

One of the biggest players to possibly return for the Flames is former Hawk Rene Bourque.  Rene was having a career year for the Flames with 21G and 19A before going down with the dreaded high ankle sprain.  Bourque also was a Hawk killer this year with a goal and two assists and a rare + rating for the Flames in the 4 games.  If he comes back and can play to his earlier form it'll create another threat the Flames can roll out and lessen the pressure on the other lines.

Here is a comparison of the team's stats on offense:

If you add in all of Olli's stats with the Coyotes from ealier this year then things are more in the Flames advantage in terms of points.  However Olli and Iginla really haven't proven that they can play together yet.  The problem there might be similar to ones we all worried about when Kane and Toews were paired together.  Both like the puck and like to shoot too much to work together.  As said before, getting Bourque back will help releave a lot of pressure on the rest of the offense.

PIM:  Unlike with the D - a key problem in these match ups is the tendency for the Hawk forwards to take more penalties than the Flames.  As Fifth Feather posted earlier today - the match up of the Flames Power Play vs. the Hawks PK is going to be huge.  Obviously, the Hawks should work on their discipline and Q shouldn't be afraid to bench a player taking dumb penalties like he did with Kane and Sharp earlier this year - only he should probably enforce it more for players like Eager or Burish rather than the top scorers.

FO%:  This stat is a little deceptive because as I've stated before the Hawks have improved on this since Pahlsson returned to form.  As I said before, it's just nearly impossible for the Hawks to catch up since their early season struggles.

What everything comes down to is that right now, the Hawks have the more consistent offense.  They have more scorers and with the exception of Sharp and VERSTEEG! (who are expected back) they're a healthier bunch too.  If the Flames can recover from their nose-dive then it'll be a tough contest - if they don't then it'll be a lot easier for the Hawks.