Watch out for that last game - it's a doozy. Recap of the Season Series between the Hawks vs. Nucks

Share All sharing options for: Watch out for that last game - it's a doozy. Recap of the Season Series between the Hawks vs. Nucks

Wow - less than 24 hours after we find that the Hawks will play the Canucks and already there's fighting between the squads in the comments.  Should be a fun series.

A note to our soldiers - keep your hair short, these guys get grabby.

As we did with the Flames, lets take a look back at the season series between these two squads and see how they went.

The second win of the season, the first with Q behind the bench.  It's going to be a common theme that there are a lot of penalties in this series - 52 PIM in this game alone.  The Nucks opened and closed the scoring in this game with goals by Demitra and then one of the Sedins (who cares which one it actually was).  That's usually a good way to go about things in a game.

Just didn't work out that the Hawks got 4 in a row between those goals.

Sharp gets two of the goals and Kane continues to show off the shot he'd worked so hard on all off season by taking 6 of Chicago's 26 shots.

Huet makes 28 saves and is named the third star of the game.  Luongo doesn't look to sharp and posts a SV% of only .846.

Sam predicts the future in this recap by crowning the Hawks "Northwest Division Champions" - The Hawks end the season with 4 more points than Vancouver who ends up the actual division leader.

This was the 7th win in a row during the march to the sea.  After having dropped the Flames in OT the night before the Hawks stormed into Vancouver and came out with a close win.  One of the sisters opens the scoring just under 4 minutes in and Huet shuts the door from then on out.  Kane and Sharp dent twine early in the 2nd and Toews seals the deal with an empty netter.

Huet ends up the number one star of the game on one of his better performances of the year.  30 saves some of them spectacular.  Luongo was out this game with Curtis Sanford taking his place.

Best summed up with this picture. 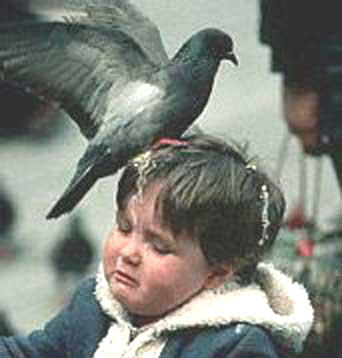 To say this was not one of the Hawks better performances is about right.  VERSTEEG!'s (I'm not quite sure how to make that possesive.. VERSTEEG'S!?  English teachers here, help me out) shorty was the only thing really worth talking about.   The Nucks 6 straight before that were ugly.  Although it did lead to humorous exchanges of "the 4 goal lead is the most dangerous in all of hockey... No wait, I meant 5... errr... 6-goal lead.. yeah, that's the ticket".

Sam and I get drunk - I think I'm introduced to McClure that night too.  Apart from all that, the highlight of this day for me was going to LegoLand.

Huet is pulled after giving up 3 goals, Khabby lets in 4.  Not that either was really at fault too much.  The entire team stank up this one.  Luongo turns aside 36 shots but without really checking I'm guessing the Hawks didn't muster up many high quality ones.

If any game lent credence to the "Hawks wilt under pressure" arguments, this one was it.  Home-Ice advantage for the first round was far from certain.  We knew we'd be playing either Calgary or Vancouver in the first round though so this was a statement game.  No surprise that we billed it as the biggest game of the year.

We just forgot to get the message to the Hawks,  They completely fail to show up.

The Hawks blew a chance with a 5-on-3 in the first and never get anything going.  You'd want to credit Luongo with the great job on the shut out but the real story was the Nucks D.  They were every at once without ever being out of position.  The team blocked 9 shots and who knows how many passes.

Of course the biggest story is the line brawl at the end of the game that will probably set the tone for the series.  I know we've all brought it up in the comments with Nucks fans so far and I doubt the players forgot about it either.

Eager drops Bieksa.. and slams him to the ice again.  Burrows thinks Keith's hair is just too pretty and decides he wants some for himself.

Should make for an interesting series, no?