A gentlemanly wager and a blog road-trip

Share All sharing options for: A gentlemanly wager and a blog road-trip

We thought that maybe there wasn't enough riding on this upcoming series.  That's why we've decided to make a nice little wager with the guys who run Nucks Misconduct.

Is anyone surprised that it involves booze? 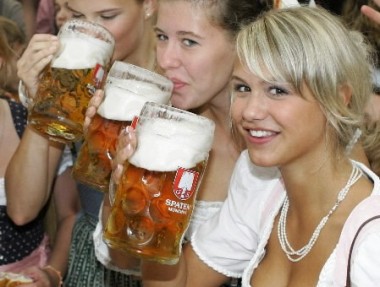 If the Hawks win this series, the boys over at Nucks Misconduct will be sending some funds over our way to help us on a celebration bender.  If the Hawks lose, we'll be doing the same so they can enjoy their Molson.. or Labatt's.. or whatever it is they drink up in British Columbia.

Also, to prove that we aren't completely worthless human beings, we're also making a nice side bet.  For every Hawks victory, we'll be donating $25 to the Canucks for Kids Fund - from the site:

The Canucks for Kids Fund dedicates resources to assist charities who support children’s health and wellness, foster the development of grassroots hockey, and facilitate and encourage education in British Columbia.

The Canucks for Kids Fund donated $1.7 million to Canuck Place Children’s Hospice from funds raised during the 2007-2008 season. For over 15 years Canuck Place has provided child-focused and family-centred care for children with life-threatening illnesses. The Hospice provides 24-hour, 7-days-a-week care by nurses and physicians in addition to family care, end-of-life, pain and symptom management, school music and play therapy, recreation opportunities and counseling services. Since 1993, the Vancouver Canucks and the Canucks for Kids Fund have supported Canuck Place with over $18 million in funding.

And for every Nucks win, the guys over there make the same donation to Blackhawks Charities.  So lets hope for a nice $100 donation for the Nucks for Kids Fund and we'll hope to find another way to get Blackhawks Charities some cash.  If any of you wanted to join in - you're more than welcome.  No pressure though.

As for the road trip, since all the bars are going to be packed with Bulls fans, we decided to have a drinking outing of a different sort.  Other blogs have tried this before so we're going to try it for tomorrow - we'll be writing the preview and game thread like normal, but for the first period, we're all going over to Nucks Misconduct and joining in on their game thread.  For the second, they'll join us on this site.  Then for the third we return to our own corners and close out the game.  Should be fun.

Previews of the D and Luongo coming later.. stay tuned.