May 11th - Beard of the Day: Chuck Norris

Share All sharing options for: May 11th - Beard of the Day: Chuck Norris 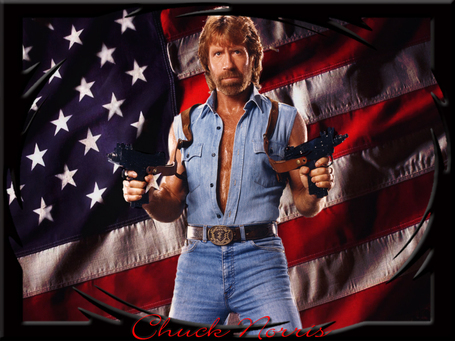 1) He's a bit overexposed now - the facts, the random cameos.. it's a bit much

2) Because of that overexposure, choosing him is a bit cliche - you probably all knew it was coming

3) and this is the most important one - he's just too powerful to waste on a meaningless game.

After seeing this picture though, I had to use him.  The Hawks need to win this game.  No one wants to go back to Vancouver... except Nucks fans.

Mr. T dressed as an American flag worked for Game 5 so lets hope Chuck holding Uzis in front of a flag works tonight.