Share All sharing options for: Beard Of The Day - May 14th - Neil Fallon 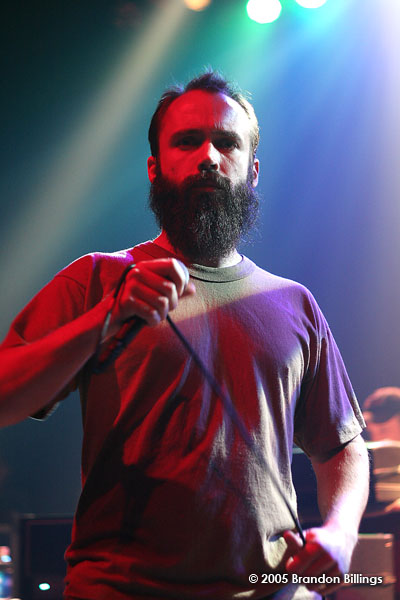 Today's beard comes in the form of Neil Fallon, vocalist for venerable Maryland southern-fried metal band Clutch. His signature baritone voice is truly a force to bear witness to live, particularly given his diminutive stature. Additionally, he has the versatility to switch back and forth between wailing at the top of his lungs to rapid-fire stream of consciousness beat poetry, to demonic growl, often all in the same song. Mastodon fans in the readership will also recognize him from the final verse during the breakdown of "Blood and Thunder", where he lent his vocal stylings. And most importantly as far as this running bit is concerned, his beard is truly epic.

As an added bonus, Clutch has a song entitled "Burning Beard" on the album Robot Hive/Exodus, which we respectfully present to you now. Enjoy.