Share All sharing options for: May 15th - Beard of the Day:  Rocky 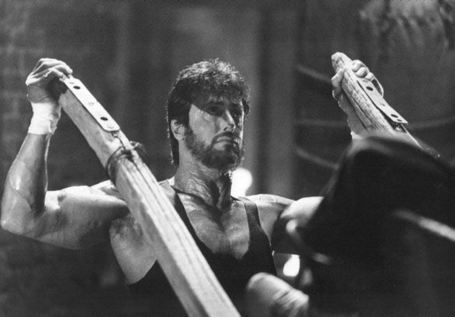 This would have worked better if the Scum still rocked the Red Army/Russian 5.. but hey.. Datsyuk is Russian and they still have tons of Europeans on the team so lets just pretend they're all Russkies.

And I know Reagan gets a lot of credit for taking down the USSR but we all know that's bullshit right?  There are two real reasons the Soviet Union fell:

The 1980 US Olympic Hockey team and Rocky IV

So now that the Hawks know for sure they've got to pick up the training in the barn out in Siberia, go for runs in the snow and lose the KGB agents following them, lift up their friends and loved ones in carts, help with an overturned sled, drag Paulie around on some other sled like an ox, do insane sit-ups from the second floor of the barn and climb some mountains. 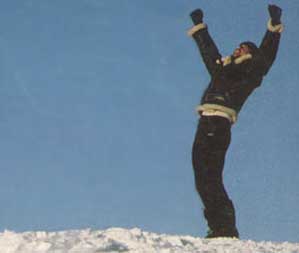