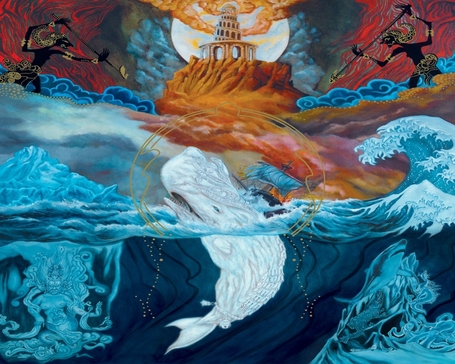 These previews are a little bit cluttered, aren't they?  Anyone mind?

If you're like me, you're shifting from unrelenting optimism to panic attack like states of worry.  But it's never unrelenting dread - that's important.

The Hawks can beat this team.  The Ducks pushed the scum to the brink with a physical game and outstanding goaltending.  The Hawks proved they can play the physical game in the first two series.  They showed that if a team wants to run and gun, they can do that too.

The key to this game and this series is going to come down to Khabby vs. Elroy.  Scum fans hate when you point this out, but Osgood really isn't that good of a goalie.  .887Sv% during the regular season.  As usual, he's stepped up his game in the playoffs though and is riding a .921% now.  Of course, Luongo had a Sv% of .962 before the second round... just saying

If one of these goalies breaks down, it can and will cost the team the series.

Something else the Hawks will need to focus on - keeping Pavel "Simple Jack" Datsyuk and Marian Hossa (no need for a pithy nickname when your first name is Marian - why do you think John Wayne changed his name?) in their slumps.

We're just about 2 hours from the puck drop - that feeling of puking has returned.  I've got nothing left to say.  It's time to get this going.