The Sky(e) isn't falling - The Hawks only lost one

Share All sharing options for: The Sky(e) isn't falling - The Hawks only lost one 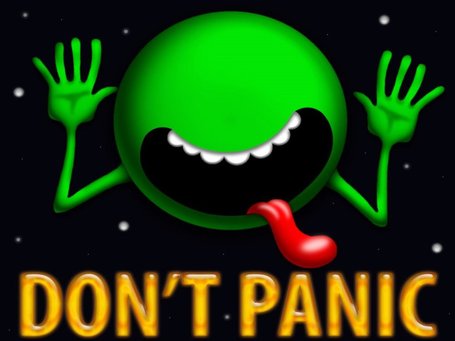 The Blackhawks lost the first game, yes.  It sucks.  It happens.

The Hawks also dropped the first game in the last series too if you'll remember as far back as almost 3 weeks ago.  They didn't quite look as sloppy as they did yesterday but there's no reason to write this series off as this guy seems to do.  How sick of you are hearing about "experience"?  Lazy lazy lazy.

The Hawks seemingly get better as series go on... and they'll need to get better quick if they want this series to go on so lets hope that happens.

There's a lot of noise being thrown around because Kane and Toews were both -3.  We've said it before on this site and we'll say it again - plus/minus are fun to look at but they really don't mean shit.

Can you really blame Kane and Toews being on the ice for Cleary's first goal?  Toews won a face off clean, Biscuit biffed on it and Cleary was off.  It was a goal that shouldn't have happened (on at least two levels) but still Toews and Kane are hardly to blame for it.

Look at the CORSI ratings and things are different.  With the Hawks giving up 43 shots no one's looking all that great but Toews and Kane are both near the top in that rating, at -1 and -4 respectively.  And just for kicks, Sharp and Barker are tops on the Hawks yesterday with an even 0 rating.  There's something that needs to change.

Here's some positive news - the Hawks blocked a season high 20 shots.  OK - I don't know if that's actually a season high but it was certainly more noticeable than other games.