Drinkup is on for Game 2

Share All sharing options for: Drinkup is on for Game 2 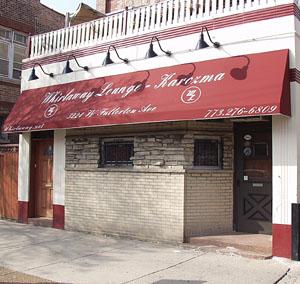 Sam and McClure are worried that if we post the name of the bar we frequent that a bunch of these trolls from Detroit will show up.  I think they're wrong - by their very nature those morons won't show up - if they do.. they have huge balls and an eye soon to be blackened.  Either way, they haven't posed anything yet, so allow me.

All Hawks fans are called upon to descend upon the above bar and drink and cheer the Hawks on to victory over the hated scum.

I was able to start a "detroit sucks" chant in this place last year in Game 5 of the Pens/Wings finals - I expect much more of the same tomorrow.