May 22nd - Beard of the Day: Rasputin

Share All sharing options for: May 22nd - Beard of the Day:  Rasputin 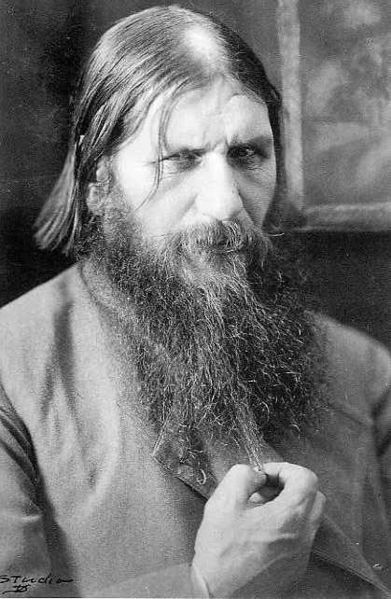 If the Blackhawks weren't feeling like underdogs before this series then they are now.  The Detroit "press" is writing them off.  The Chicago press, Bright One and Trib is following suit (side rant:  Screw both of those guys).  Hell, even Puck Daddy or random places like The Pensblog are writing the Hawks off.

The Hawks are wounded - but they're not dead.

Rasputin was stabbed, poisoned, shot once, shot several more times, beaten to a pulp then thrown into an icy river.  He finally died but there's evidence that he was trying to break through the ice until his final moments.

Is it going to be easy for the Hawks to come back in this series and win 4 of the next 5 games?  Of course not.  But who said beating the Red Wings was going to be easy?