Overthinking Overanalyzing Separates The Body From The Mind: Wings at Hawks Game 3 Preview

Share All sharing options for: Overthinking Overanalyzing Separates The Body From The Mind: Wings at Hawks Game 3 Preview 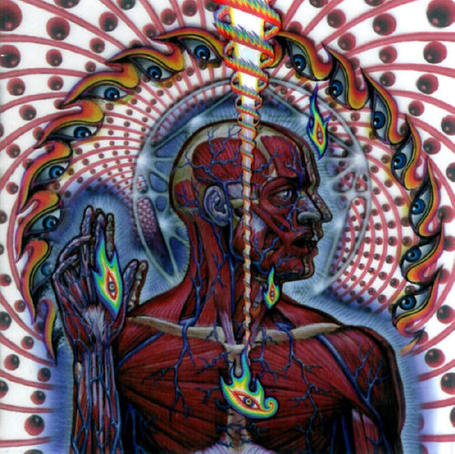 Far be it from me to abandon Mastadon, they've taken us so far in these playoffs.  But desperate times call for desperate measures, so I'm calling in the big boys.  It's time for what Mastadon was partially derived from, a member of my holy rock trilogy, Tool (Tool and GNR form the base with Zeppelin on top, for those curious).  Not only Tool, but my favorite and perhaps best Tool song, the title track off Lateralus.

We can break this down every which way, but you know the deal by now.  The Hawks have to be perfect to win.  That sounds like a mountain of a challenge, but they weren't far away in Game 2.  Now they need that extra little jump.  What they can't do, as they've done pretty much every home playoff game save Game 5 against Calgary and Game 6 against Vancouver, is come out flat, or tentative.  They'll be down three or four before they know it, and we'll all dream about shaving again.

The Hawks need to come out as if their lives depend on it, because they do.  I'm banking on the fact Scum know they only really need one of the next two to end this, and if the Hawks swarm them from the outset and get up one or two, maybe they figure they can ride this out and start again on Sunday.  Then again, a machine like the Wings smells blood, and just might go for the kill from the get-go, though that didn't happen in Game 6 against Anaheim.

One thing to watch is the Wings legs.  Babcock was upset they didn't have much jump in Game 2, and tonight will tell if thats a one-off or a trend.  Be physical, skate every shift, and find out.  Maybe the Wings only need to be 3/4 speed to beat us, but let's test that theory from the opening bell.