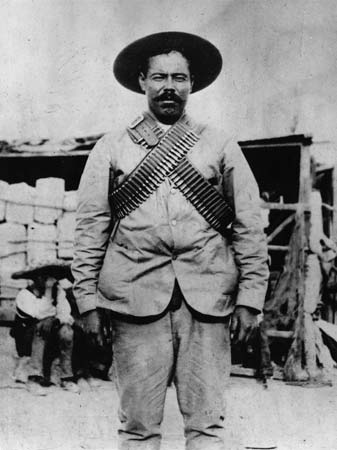 Does Pancho Villa have a beard?  Technically speaking, probably not.  Maybe some scruff in this picture and that's damn good enough for me.

It's Cindo De Mayo - so we had to go with a famous Mexican.. but do you know how hard it is to find a famous Mexican man with a beard?  They usually only rock the stache.. but they rock it hard.

Save your argument about "the most interesting man in the world" - dude probably isn't even Mexican and I've never really liked Dos Equis and it's not a great example of a Mexican cerveza anyway.

McClure and I did think about him - but realized it was a little sad that the first person that came to mind for today was a fictional spokesman for a beer.

Cinco de Mayo is a kind of amateur drinking holiday (like St. Patrick's Day or Arbor Day) - and contrary to popular belief it is not the Mexican independence day.  It's just a day where they joined in on activity enjoyed the world over - beating up the French.