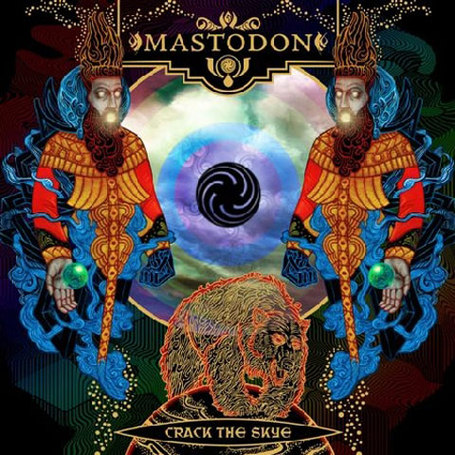 Second City Hockey strongly encourages you to listen to Mastodon on the way to the game tonight.

Whatever the hell was the cause was for the slow start and shitty play on Tuesday, lets hope it's long gone.  Everyone tosses around the "must-win" game but really it ain't over til it's over.  The Hawks haven't been on the brink of elimination yet.

A loss tonight means they'll have to put up a herculean effort against the Canucks who still have two more games at home - something that pretty much spells doom for the Hawks.

The closest they had to a "must-win" in the last series was Game 5 with the series tied at two and the danger of the Flames getting back into it.  This dwarfs that game.

So what can the Hawks do to fix the piss-poor effort the last time around?  Well for one they're going to have to change their style to play against the trap - something the pretty much refused to do the last game.

Vancouver is going to try to make the game mind-numbingly boring with the trap.  They hate fun and excitement and all that is good - that's their way.

The Hawks seem to already know what they need to do - They need to start strong (They are allowed to score the first goal, it's their right) and not be cute with the puck.  However just because they aren't going to be looking for the beautiful pass does not mean the mongoloid behind you yelling "shoot!" is right.  Dump the puck, skate, get it back - work to get a quick quality shot - don't look for the highlight pass.

Get people back in Luongo's face.  Make sure he's very well acquainted with the smell of Burish or Buff's ass.

Demitra is probably done for the rest of the series and Salo has one hell of a UTI or the clap.  You'd think that'd be good news for the Hawks but it didn't seem to matter last time.

Also, stay out of the fraking box.