Home Of The Brave

Share All sharing options for: Home Of The Brave

Since we all could use a nice diversion from the shit storm that has been raining down on Blackhawk Nation since about July 5th, I’d like to submit to you, the Second City Hockey reader, something that has come to my attention over many years of observing two seemingly different subcultures. While on the surface, hockey and punk rock may seem only vaguely connected, if one digs a little deeper there are some striking similarities.

While I don’t claim to be the foremost authority on either, I was the music director for my college radio station throughout my career there though I possess even less than minimal musical skill, and the highest level of hockey I’ve played is Division-II club in college. Years of exposure to both camps has given me enough material that I feel the need to subject the internet with my rambling thoughts.  So without further ado…. 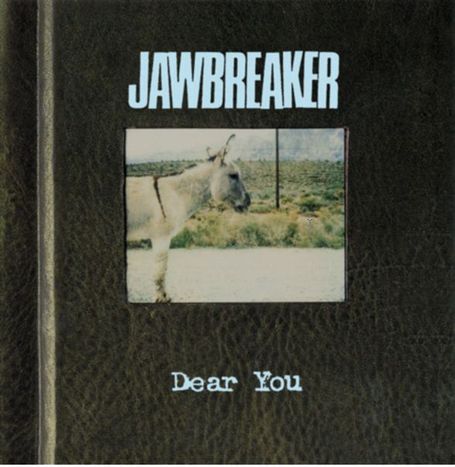 I Love You So Much It’s Killing Us Both – In both hockey and punk rock, the "casual" fan is a difficult animal to find. There are many reasons for this phenomenon which hold true in both, but the fan bases of both are by and large those that live, eat, breathe, and sleep the culture. It is very difficult for one to be half-assed and mealy mouthed in his or her appreciation of either. 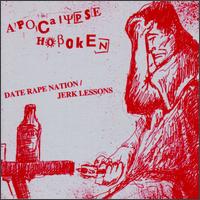 Pop Sensibilities – Since their inceptions, both punk rock and hockey have had adversarial relationships with the mainstream media and the general public. While punk started as a reaction to the bombast of the rock that dominated the 1970s, to this day, ardent supporters have demanded to be recognized by the mainstream as a valid genre of music- oft times to no avail.

Similarly, despite countless attempts on the part of Gary Bettman and others, hockey has for the most part failed to be a front-of-mind presence in the American sporting consciousness. While the most hardcore fans of both will state that they like it that way, having a small, core group with whom they can relate and everyone is very passionate about their interest, any band would be lying if they said they didn’t want to sell millions of records, and every hockey owner would absolutely love to have an arena packed full of people, even if half don’t understand all of the intricacies of what they’re watching and are there for the spectacle of sport.

As a reaction to this marginalization, both fan bases have a tendency to be exclusionary to the casual appreciator, which is a major contributor to the first point discussed. In order to break through and be considered a legitimate part of either group, one is expected to fully commit (thank you Savvy) to the culture.

Additionally, when someone from the mainstream does take an earnest interest in either, for whatever reason, there is an utterly predictable tendency of a backlash amongst the core group. Whether it’s a D.J. on Q101 extolling the virtues of the last Against Me! record, or Dan Bernstein discussing the Hawks on the Score, the initial reaction from either camp to those situations is going be "You don’t know what you’re talking about!", and that mentality is going to perpetuate both hockey and punk rock’s current standings in the margins. 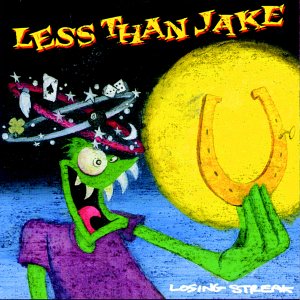 Johnny Quest Thinks We’re Sell Outs – The last point dovetails into another similarity; both hockey and punk have an overly complicated, and often contradictory, set of self-imposed rules, both written and unwritten.

Trying to explain to someone new to hockey all of the rules of a game- why the play was stopped, why a penalty was called, etc, is enough to make a newcomer’s eyes roll back in their skull with information overload. And on top of that, explaining codes of conduct and unwritten rules as they relate to fights, play away from the puck, and trash talk can end up making the sport so much more uninviting to the outsider. And again, to ever question any of these rules will result in a deafening chorus of "You don’t know hockey".

While the so-called "rules" for punk rock are completely unwritten (despite the claims of 88 Fingers Louie in "Punk Rock Rulebook" – great bass line in that song), they can be just as stringent within the subculture, ostensibly dictating the amount of money it’s appropriate for someone to make, who should have the privilege of being allowed to listen to the music, fashion, and most importantly, the music it self. In any lunchroom across the country, one can hear heated debates from 16 year olds over what does and does not constitute something being punk, and unfortunately, those debates can rage on even in adulthood. And to ever question any of these rules by changing your sound, aesthetic, or garnering even the slightest bit of recognition will get one called a sellout before the end of a Minutemen song. 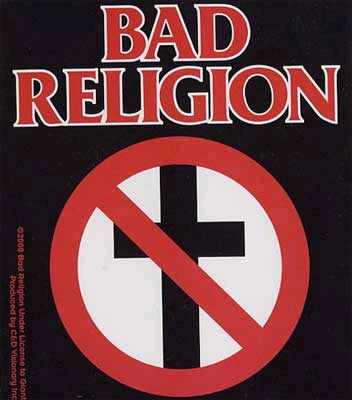 Leaders and Followers – If ever in doubt, play as fast and as hard as you possibly can. There’s a reason Adam Burish and Bad Religion are fan favorites. Yes, both are reasonably articulate (though the day that Burwood gains his doctorate is the day I burn my own diploma), but it’s their relentless, high-octane style that earns them adoration, despite it being rather simple and straight-forward. And as the aged Greg Graffin and Brett Guerwitz have proved, you can have a pretty long and lucrative career playing just three chords, or in Burish’s case, forechecking, killing penalties, and being a general nuisance to the opposition. 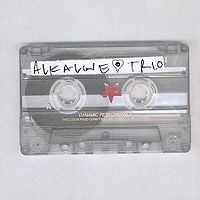 Cooking Wine – Perhaps this speaks volumes about my own lifestyle, but it’s very clear that both groups enjoy a beverage or 17 at any given time. Both groups are littered with those who could probably drink anyone of us under the table and then some. Hockey has Bobby Hull, Al Iafrate, the Staal brothers, and likely and most recently, our very own 20 Cent, Pat Kane.

On the other side of the coin, Chicago’s native sons Alkaline Trio and Lawrence Arms are notorious booze hounds, not to mention the entire sub genre of Irish punk whose central premise involves being completely pissed up 24/7. A night out with any of these people is likely to leave you naked, covered in some manner of bodily fluid, waking up next to someone unpleasant, or in jail. Or all of those things at once. 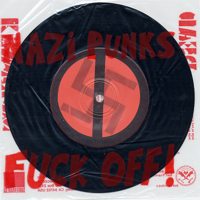 Nazi Punks Fuck Off – If we’re going to list the similarities between hockey and punk, it would be irresponsible to not point out that both groups are completely dominated by white dudes. Aside from Bad Brains, Grant Fuhr, and eventually Jarome Iginla, hockey and punk are pretty bereft of any cultural diversity amongst their legends. 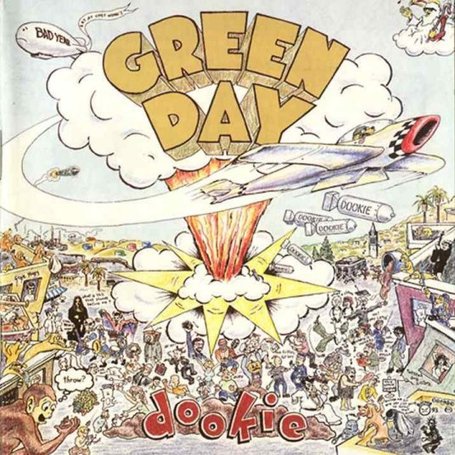 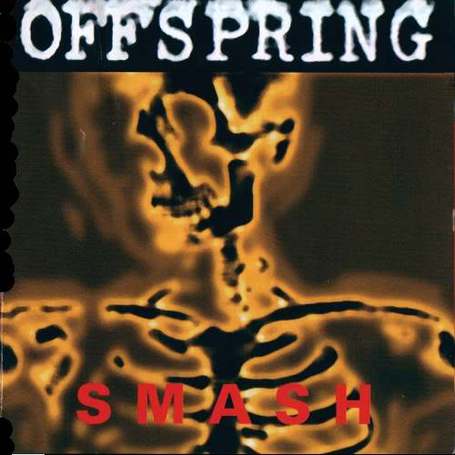 When I Come Around/What Happened To You? – Ahh yes, 1994, the year that almost was. With the NBA mired in a lockout fresh after losing arguably its brightest star ever with Michael Jordan’s first "retirement", the NHL was primed to finally step out of the shadow of the other three major sports.  Aided by the most entertaining conference finals and Stanley Cup finals in ages between the Rangers and Devils, and Rangers and Canucks respectively, the NHL was front and center in the general sporting public’s consciousness. It also didn’t hurt things that this scenario involved a team from New York, extinguishing the longest cup drought in NHL history at 54 years, led by one of the game’s utter legends in Mark Messier. It was a confluence of events that still gives Gary Bettman wet dreams to this day.

Similarly, punk rock made it’s biggest quantum leap into the mainstream to date, with gold selling records from acts that had long toiled in the underground like Rancid and Bad Religion, as well as the mega-platinum selling efforts from The Offspring and Green Day with Smash  and Dookie respectively. To this day, Smash remains the all-time best selling independently released record at a staggering 16 million copies.

Both the NHL and punk appeared poised to finally grab the recognition their fanbases claimed to have always wanted.

So what the fuck happened?

Well, the NHL, as it always does, shot itself in the foot, and burned almost every ounce of good will by going into a lockout the following year. And by the time the NHL had regained its footing, Michael Jordan returned (for the first time), refocusing the attention on the NBA, and the Bulls’ second round of championships.

Over in the music world, it seems that punk didn’t quite have the staying power it needed in the public’s mind, and things weren’t helped by the fact that the two big sellers of ’94, Green Day and The Offspring, released dog-shit caliber follow ups to their hit records. Of course, Green Day has once again returned to prominence, playing sold-out arena shows, selling millions, with Billie Joe Armstrong caked in guy-liner and having a messiah complex that rivals only Bono’s, so there may be hope for the NHL after all. But I don’t think anyone needs to see Alex Ovechkin in guy-liner.

Besides, he’d just get called a fucking sellout anyway.

And as an added bonus, I give you quite possibly the best fusion of hockey and punk rock ever, Propagandhi's "Dear Coach's Corner".