Second Round of Roster Cuts - Akim Aliu Sent to Rockford

Share All sharing options for: Second Round of Roster Cuts - Akim Aliu Sent to Rockford 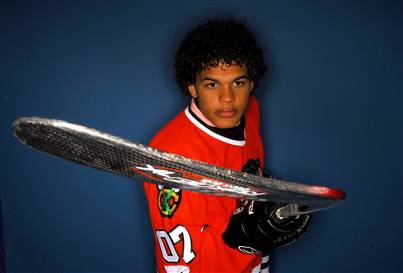 With the second round of roster cuts, we finally get something worth talking about.  The Hawks own Nigerian Nightmare, Akim Aliu, was sent down to Rockford.  I expected to see Aliu in at least a few pre-season games with the club.  Instead - Aliu was sent back to the AHL club that unceremoniously sent him home last season.  This could mean that the Hawks feel Aliu doesn't bring anything to the table that Kyle Beach can do better... whatever that might be.  According to Sassone though, neither Aliu or Beach have been standouts so far in camp.

With the only real roster spot available going to either Crawford or Niemi, it's not too surprising that Aliu didn't make the club out of camp - but sending him home so early into camp could possible be a sign that the Hawks may have moved on from Aliu.  Let the trade speculation begin!

So the big board is back!