Share All sharing options for: The Only Time You Can Beat Big Oil: Hawks 4 - Hot Mess 2

You know, we give my elderly dog fish oil to help his joints, and so it is with the NHL.  If you need to feel better and looser, all you need is Oil.  There are some organizations I would laugh at when they're this bad, but not Edmonton.  The league would be a better place if Edmonton were good, and people my age have a soft spot for the Oilers, as when we were young kids they were the reason we probably got into hockey.  Also, it wasn't so long ago I remember supporting a team that sucked this bad, but I didn't have to to deal -4 degrees for four months straight  Anyway, that rant is over.

Sometimes the Hawks lose because they don't bother to show up.  Sometimes you win or lose depending on goalie performances.  And sometimes you win because you have Patrick Kane and the other team doesn't.  Kane singlehandedly put the Hawks up 2-0, and pretty much ended proceedings.  First, he bolted through the neutral zone leaving three oilers behind, found an open Captain Marvel who fired one between a very-slow-to-get-down Jeff Delauriers.  Or something.

A second goal came when once again Crazy 88 skated around the entire team of Oilers, and waited for Troy Brouwer (my guy!) to float into open space, and Brouwer buried the chance.  Troy's getting close to getting a nickname (other than ohmygodohmygodohmygodohfuck).  Byfuglien finished off another period of dominance, tipping in Keith's shot from the point, before Hossa capped off the Hawks scoring by burying a loose puck after the 2nd power play unit looked like it had a pulse for once.  In fact, for the first 39 minutes I can't remember the Oilers having one decent chance, except for maybe Penner in on a 2-on-1ish thing.

After that, the Oilers scored two goals, the first off of one of those defensive shifts where the puck just seemingly keeps bouncing away from your defenders until it finds it's way in front of the net.  The second was off a hilarious turnover from Hammer that led to Potulny being in alone from 10 feet.  But after that, it was academic.  And this is the problem for Huet.  After seeing literally no action and going cold for over 35 minutes, he sees two prime chances very quickly.  He made some big saves later to keep the Oilers from making it interesting.  But it must be such a hard shift for an NHL goalie, because when would this have ever happened ot him before?

All in all, a perfect Jewish night out for Hawks fans.  Hawks win, but Campbell's on the ice for two goals against, and Huet lets in two on 24 shots so everyone can still bitch about them.

-Ladd should punch people in the face more often, because he was everywhere tonight.  Only one point to show for it, but I thought he was the best Hawk tonight.

-Seabrook is still making me urpy.  Can he get "injured" before the break and just stay home?

-At least Versteeg registered a shot tonight, and should have had a goal right at the end.  He's been off, might have to get him off the 3rd line to get him going.  if that's needed, which it may not be.

I could give it to Kane, as he set up the goals that ended this contest, but I'm going to be creative and give it to Andrew "Mountain" Ladd 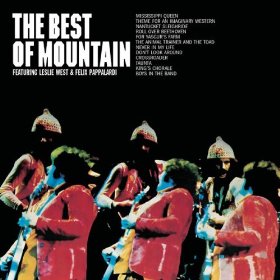