Where Is The Horse and The Rider? - Scum vs Hawks Preview, Pregame Thread, Gastric Bypass Surgery

Share All sharing options for: Where Is The Horse and The Rider? - Scum vs Hawks Preview, Pregame Thread, Gastric Bypass Surgery 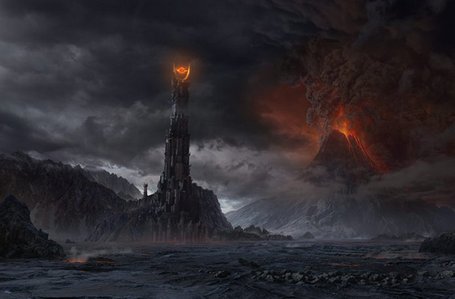 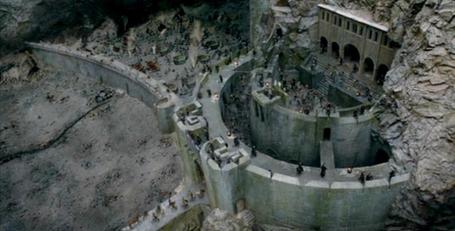 Like a marauding pack of Uruk-hai obliterating everything in its path across the Westfold, so too have Scum moved through the Western Conference to this point in the season, accumulating 43 points in just 30 games with a 20-7-3 record. What was supposed to be an aging team has looked to be the class of the conference, continuing to get top flight performances from captain Nicklas Lidstrom and partner Brian Rafalski, and continued excellence from their top two forwards, Pavel Datsyuk and Henrik Zetterberg. Datsyuk leads the team in points with 37, and Jared Leto isn't that far off at 33. Former Hawk washout Dan Cleary paces Scum in goals with 14. As a team, Scum are good for third in the league in scoring at 3.4 goals per, and their power play is still competent at 20.3 percent, with 26 of their 101 goals coming on the advantage. Justin Abdelkader has provided the scoring depth down the middle that Jiri Hudler was supposed to upon his return from The K, and Tomas Holmstrom has been up to his usual tricks putting his brown-eye in the opposition's goalie's face. Goalie Jimmy Howard, who started the season as a fortress has scuffled a little bit as of late, with two 5-goals-against efforts in his last 5 games. Still, his save percentage is hovering nicely at .912 with a GAA of 2.60. We know the style that Detroit is going to play coming into the building because we used to see it on West Madison over the last two years.

As for the Central-basement-dwelling (yep, that's right) Men of Four Feathers, there are some changes in the lineup tonight, though not the ones we'd hoped to see. The Pope-ah, Fernando Pisani, returns to the lineup tonight, and recent acquisition Ryan Johnson (formerly of the Canucks and a solid PK'er) makes his debut in the Indian head, while Jeremy Morin has been sent back to Rockford, presumably to preserve burning a year on his contract with his next game. Much like the Aragorn and the Rohirrim at Helm's Deep, the Hawks will be missing their wizard again tonight with Patrick Kane still mending his high ankle sprain. Marian Hossa and Viktor Stalberg will also miss tonight's game, though Kane and Hossa did participate in the morning skate. Friend of SCH Tracey Myers let us know that the lines are a mystery even to the reporters at this point, but it wouldn't shock anyone to see Patrick Sharp join Jonathan Toews on the wing on the top line, as Johnson has been solid at the dot in the past. Your defensive pairs remain the same, even in spite of Jassen Cullimore being waived earlier in the afternoon. Corey Crawford once again gets the starting nod tonight, hoping to shake off two sub-par performances both in relief and starting in the two games against Colorado. And oh yeah, it's Chris Chelios Heritage Night, so the natives on both sides should have some serious blood lust by the time the puck drops after the ceremony.

Make no mistake, the Hawks are up against it tonight. We've called for it before, but against tonight's opponent it's more imperative than ever to maintain a simple game plan. Get pucks in deep, play north-south hockey, punish their defensemen behind the net, and get bodies in front of Howard. Anything less will lead to Scum ransacking the Hornburg and burying the Hawks further in the standings. It'll be difficult, but it can be done. Open war is upon you whether you would risk it or not. Let's go Hawks.