CORSI
SHIFT CHARTS
Last game before the break.  Second of a back to back, coming less than 24 hours after the first.  Missing Hossa, Madden, Eager, and Sopel.  So I'm not really going to complain about how the Hawks got their two points.  With all our bleating and worrying, the Hawks managed to go 4-1-1 this month, and that's without playing decent hockey for more than a couple periods here and there.  Remember last March?  When the Hawks couldn't seem to tie their skates?  Well, if this is this year's March, things look up indeed.  Sure, there are problems to be solved, but we'll get to that in a bit.
The Hawks started real well, and it really was against the laws of nature that they found themselves down 2.  They piled up 19 shots, and were all over the Jacket from pillar to post.  But then one bad bounce off a ref, and Antoine Vermette was able to find Kristian Huselius with an open net to shoot at.  It got worse when a Hawks defenders Hammer and Campbell lost track of Raffi Torres, who got off two backhanders, netting the second one from a sharp angle.  You'd like to see Niemi soak up the first, but from that close I wonder how easy that would be.  Won't chalk it up as a bad goal, but not a good one either, if there is such a thing.
But Crazy 88 scored a huge one with six second left in the 1st, on the power play no less!  Topeka!  From there, the Hawks continued to roll Columbus in the 2nd.  Three straight goals from Bickell, Dowell, and Sharp-Shooter gave the Hawks what looked like a commanding lead.  A word on Bickell here:  Though it is hardly a pressing issue, I look forward to him having a full-time job on the 4th line next season.  Perhaps Dowell too.
But a poor penalty by Duncan Keith on a Hawks power-play led to one for the Jackets, which Rick Nash converted on a rebound either off of Umberger in front or Niemi.  Once that went in, I think we all knew the 3rd would be rough .
And it was.  The Hawks looked pretty much out of gas, and they probably are.  We all blacked out when Anton Stralman floored Kaner and he didn't get up.  Though it was with a knee, his leg wasn't sticking out and Kane just happened to turn at the wrong angle.  Before Sassone and Rozner and whoever else writes this column tomorrow, Troy Brouwer proceeded to beat the ever loving shit out of Stralman, so I don't want to hear anything about a goon needed.  No one could have done more.  Thankfully, Kaner got up and skated off, and I don't think he missed even a shift.  Sadly, the Hawks couldn't kill of a penalty they desperately wanted to, as Fido was able to get one in off Johnsson's stick.
The Hawks had their chances, including a power play that spilled from the 3rd into OT after Raffi Torres went a little goofy.  Sadly, no end there.  But eventually we got one, when Kane finally scored in a shootout and Troy Brouwer came back from his extended break to bury one.  SPRING BREAK!!!
OBSERVATIONS AND INANE COMMENT
-It is my sincere hope that Coach Q is trying to rouse a "Fuck You" mode out of Cristobal Huet after the break.  Starting Niemi today confused us all, as he hasn't been that impressive in his last two starts.  if this indeed was his audition as "The Man", he certainly didn't fail it, but I don't think anyone's breaking out the gold stars either.  Niemi has proved that he'll make enough good saves to keep you in it to win it, and he'll let in a bad goal here and there.  Basically, he's proved that he's Cristobal Huet.  And don't give me any nonsense about the shootout, because it doesn't matter.  We'll probably see a strict rotation in March until one of them grabs it by the horns.
-Because he had adjusted and toned down his game to center for Marian Hossa, I had forgotten how electrifying Patrick Sharp can be.  Won't make that mistake again.
-If Steve Yzerman were picking the Canadian squad today, would Keith and Seabrook be on it?  Would they be even close?
-Colin Fraser gets little love from us, and it's a shame, because he does exactly what he's asked.  Today it meant filling in on the 3rd line center, and while I don't think he'll ever make a full time living there anywhere, he didn't let anyone down.  Shame he'll probably be scratched when Burish returns.
-I never know what to make of Rick Nash.  I've been hard on him in The Indian, but there's no question he's a generational talent.  But i still wonder what numbers he would put up if he had Iginla's meanstreak.  He's hard to defend because of his size, but does he really play to his size all the time?  Granted, he's never had a center who could make the most out of him.  And maybe I still can't get past T.J. Oshie knocking him on his ass twice in a week, or him calling for the refs to save him from Jim Vandermeer a few years ago.  Either way, I see a guy who can score 40 goals with his skills and size, but i think if he played like he knew how big he was, he could be cracking 60.  I'd still take him on my team, though.
-The Hawks now have an 11-point lead over Vancouver for the 2-seed and a 16 point division lead.  So consider those discussions over.

Player of The Game
Twice in a row 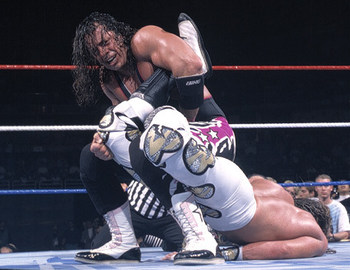 The Sharp Shooter
A brief word on our Olympic programming.  We'll do threads and previews for all US games during the Olympics, which should delight Hawks61 to no end.  When we get the quarters we'll probably do one for every game there too.  Also, we're going to do our best to get out the first ever Second City Hockey Podcast the second week of the tournament, so keep an eye out for that.
Anyway, on this Valentine's Day, seeing as how I don't really have anyone real to send one too, a big imaginary and digital box of chocolates and roses to all of you, who make doing this blog so much fun and rewarding.  Enjoy your day off tomorrow if you have one, I know I will.