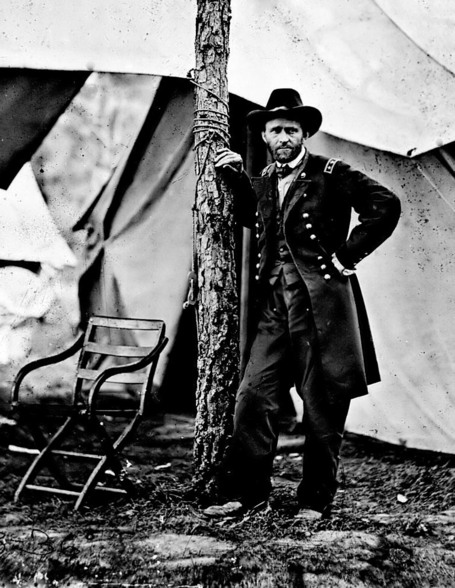 Ok.. enough fucking around.  This is a real big gun when it comes to beards.  Although Grant was born in Ohio, he spent a few years in St. Louis before realizing it sucked and moving to Illinois, where he would make a lifelong home.  After the Civil War broke out he joined the Union and quickly gained a reputation as an aggressive ass-kicking general.  Lincoln promoted him and put him control of all union armies.  Even after a battle with heavy Union losses, Lincoln said "I cannot spare this man. He fights."  Grant also earned the nickname "Unconditional Surrender" for refusing to take any terms from Confederate forces.  So yeah - we need someone like Grant to help us kick the south right in the ass again.