Share All sharing options for: April 21st: Beard of the Day - Bret McKenzie 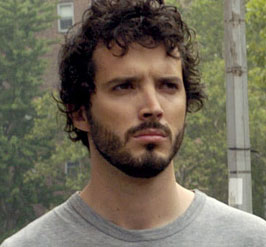 So we're going with Bret today obviously because it allows us to post a video at the end of something funny.  And after last night, yeah.. we need something to cheer us up a little bit, don't we?  I don't know if Flight of the Conchords are around anymore.  I know the show is over but I'm not sure if they'll be releasing songs anymore.  If you haven't seen the two seasons of the HBO show though, they're very much worth watching.