Share All sharing options for: April 23rd - Beard of The Day - Les Claypool 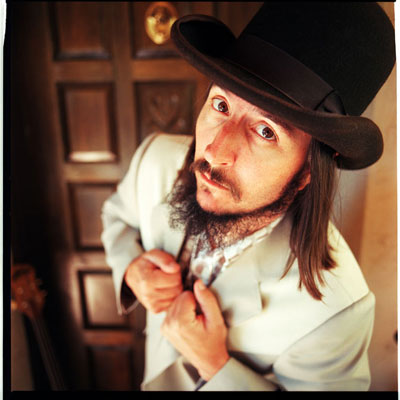 In honor of Brian Campbell's return from his clavicle injury, I give to you today's beard, Mr. Les Claypool, bassist of Primus and other various acts. I've frequently likened Soupy's style similar to that of Claypool's- capable of virtuosic performance, but prone to walkabouts and noodling. Furthermore, both are regularly paired with partners in Niklas Hjalmarsson and Larry LaLonde that keep things grounded and pick and choose their spots well, as Soupy and Snappy aren't always the easiest to deal with when they get adventurous. But, really, it's just a matter of opinion.