Share All sharing options for: April 26th - Beard Of The Day - John Bonham 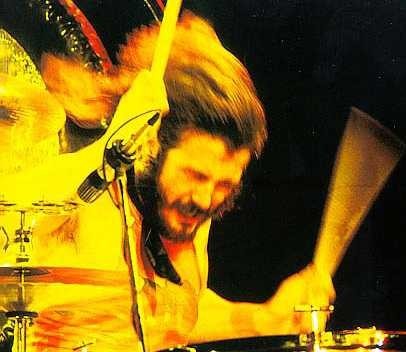 The man dubbed "Bonzo" was known for many things - his definitive, thunderous drum sound, his penchant for rock and roll excess, and his full-bodied beard. John Bonham seemingly did nothing half-assed, and it will take that type of all-out effort from the Hawks to end the series tonight. The time has come for the hammer to come down, and who better to call upon than the man for whom the term "Hammer of The Gods" (as it related to Led Zeppelin's sound) was coined.