When 2nd Gear Is More Than Enough

Share All sharing options for: When 2nd Gear Is More Than Enough

It wasn't vintage stuff from the Hawks tonight, but against a team whose season has ended it saw a pretty ho-hum win.  An easy win, but enough to complain about.  This is usually where I'd throw in that joke about the perfect Jewish night out, but I'm feeling politically correct these days, and we'll leave it alone.  Or maybe I just did.  I can't keep up any more.

The game got off to a flier when the new Hammer of The Gods line scored 30 seconds in.  Toews tried to feed one through to a streaking Horsa-guy.  Marian was able to follow the pinball of his and others' legs before getting just enough of it on a thwack to get it past Matt Climes (or Climie, as he liked to be called).

The rest of the period saw the Hawks control play, and while they didn't create as many chances as you'd like, they created some, and certainly were never in any danger themselves.  A 15-5 shot advantage would show that out.  They got the cushion they deserved late in the period when Seabrook's blast was niftily tipped in by Colin Fraser.  Since when does he do that?

The 2nd period got awfully sloppy.  The Hawks took some penalties, most of them stupid.  Keith went for a delay of game off of a scramble.  Of course, this just means that Toews and Hossa get to score shorthanded.  Toews beat three Stars in the neutral zone on a loose puck, which smacked of one guy playing for a team headed to the playoffs and three guys playing for one headed to the links, before Hossa fed him in the Stars zone for Toews to beat Climie five-hole (really the only bad goal the rook gave up all night).  But then Seabrook took a kind of lazy or silly delay of game penalty (he had far more time than he needed), and the Hawks were down two.  The first penalty ended but there was still time Steve Ott to tip in Robidas' pass.  The Hawks were sloppy with the puck for most of the period, and didn't work as hard as they did in the first.  But thanks to Captain Marvel, they got out of it even.

The 3rd saw a return to form, as the Hawks snuffed the Stars right out of it.  Though the shots came up each at 11 for the period, I don't recall Niemi making too many big saves in the period . Frazz grabbed a second after some weird bounces, and Kane finished off a -what-the-fuck feed from Adam Burish, which had the whole team laughing to the point of tears.  Don't go thinking  you're a playmaker now, Burr.

James Neal got a consolation for Dallas, but by then the Hawks were long gone.

-The recent discussion on this here forum-for-the-silly has been Buff on D.  Let me try and be clear on how I feel about it.  For what he is, a forward filling in back there in an injury crisis, I don't think you could ask much more of him.  But he will get exposed, and tonight showed that.  He was out of position on a Dallas rush on in the 1st that Sutherby thankfully shanked wide.  He treated the puck like a hand grenade far too many times, and there were too many turnovers.  While he does provide better mobility than I thought, he doesn't handle the puck well enough to rush it up.  I'm still waiting for Johnsson to get back with bated breath.  Too bad he's dead.

-So, Ben Eager is going to have a two-goal game here real soon, right?

-Colin Fraser was a healthy scratch for almost all of the playoffs last year, and he appears dead-set on making sure that doesn't happen again.

-I'm not even surprised that Niemi had a good game again, and that might be the most encouraging thing to come out of it.

-Anyone else get the feeling that Patrick Sharp is going to have like a four-goal game at some point in the near future?

-It wasn't complete, but it'll do.  We'll probably get a better effort tomorrow night, judging by the Hawks record in the second of back-to-backs.

-Just finished watching the Sharks.  Despite their win, they once again after gaining a two goal lead just hid their head under the covers and wanted it all to be over.  The Flames - who aren't good, remember - were all over them for two periods.  Maybe they'll gear it up next week, but I can't imagine anyone fears this team right now.

-At the time of this writing, the Kings needed a 3-goal come back to avoid losing to Anaheim two straight times, and the Avs blew a two-goal lead to Vancouver before prevailing in a shootout.  Seeing as how our opponent is likely to come from these two, neither of them is exactly "rolling".

-This is how weird I am:  The Hawks may have to win out to grab the top seed, but I kind of don't want them to.  That would mean a 7-game win streak heading into the postseason, and the four-game sweep I would expect in the 1st round would mean 11-straight.  That seems like a lot to ask this time of year.  Not that it matters if you win the 1st round in five, I just...I don't know.  I'm weird.

Lots of contenders, but only one had two goals, and I don't think he's won this honor yet... 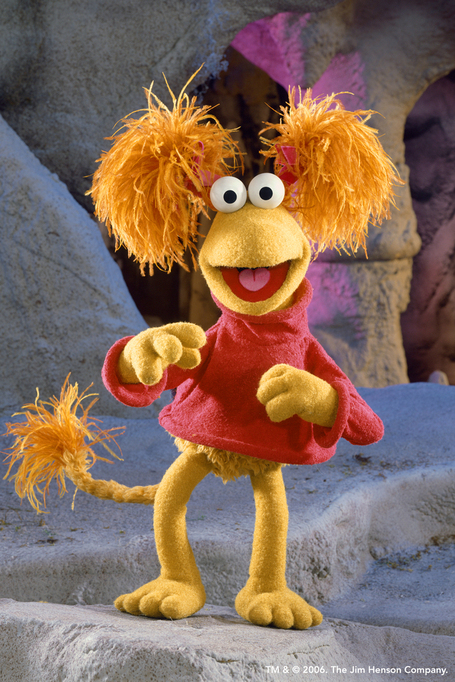