May 1st: Beard of the Day - Thor Odinson

Share All sharing options for: May 1st: Beard of the Day - Thor Odinson 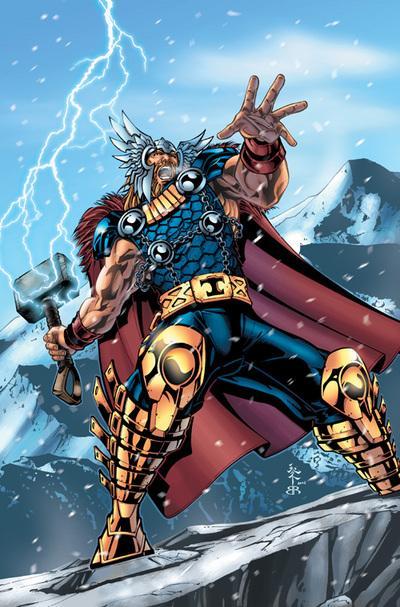 It's Free Comic Book Day - so you know we had to go to our nerd roots and pick a superhero of some sort.  The problem is that there are practically no superheros with beards.  There are plenty of guys with goatees.. but they don't count.  Wolverine comes close - but doesn't quite go the full beard route.  The villains have beards (including Wolverine's nemesis Sabretooth) but I probably shouldn't use a bad guy.  One of the only heros with a beard I could find was Aquaman... and there's no fucking way I'm making Aquaman a game day beard.

So Thor Odinson it is.  And I'll be honest - I don't know much about him.  I know he's part of the Avengers.. He's the god of thunder.. and his weapon is Mjolnir (definitely had to look up the spelling on that one).  Mjolnir is basicaly, the hammer of the gods. So yeah.. that'll do.