Share All sharing options for: May 14th - Beard of The Day - Gregg Gillis 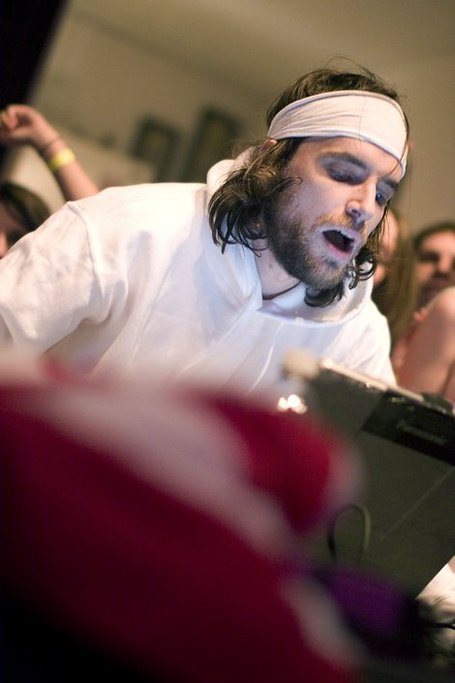 Gregg Gillis is better known by his stage name - Girl Talk, an artist known for his unbelievably dense mashup creations on his last two albums Night Ripper and Feed The Animals. These records truly are a music nerd's dream, with so many samples crammed into the 50-minute mixes, it'll make your brain asplode. Just look at how much he's able to shoehorn in here and here. His live shows are another beast entirely, as I found out at the Congress this past New Year's Eve. While one sweaty, bearded white guy on stage in his underpants with nothing but two laptops covered in cellophane doesn't sound like much, it gets asses moving, and about 400 of his closest friends join him on stage, while the rest of the crowd is relentlessly pummeled by such odd mashups as Kelly Clarkson mixed with Nine Inch Nails (trust me, it's awesome). You can still download his latest release for free, and it's totally worth your time to do so, provided you don't already have a severe case of A.D.D. Who else could combine ODB, Diana Ross, The Carpenters, Metallica, and Lil' Mama?