May 2nd: Beard of the Day - Kurt Russell

Share All sharing options for: May 2nd: Beard of the Day - Kurt Russell 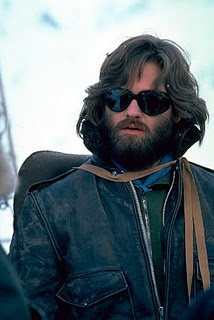 For Russell's greatest beard though - we have to go with his performance as R.J. MacReady in "The Thing".  I love horror/sci-fi movies and "The Thing" is up near the top of my favorites.  A bit of an under-rated movie but it's got a strong cult following.  MacReady's beard was exactly what you'd want if you were living Antarctica.  Actually.. I think just about everyone in this movie had a beard.