May 20: Beard of the Day - Charlie Papazian

Share All sharing options for: May 20: Beard of the Day - Charlie Papazian 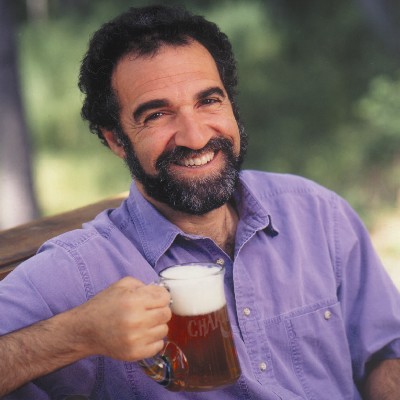 Papazian was a nuclear engineer at one point until he found a higher calling... beer.  He quit his job and founded Association of Brewers and remained president until they merged with Brewers Association of America.. then he became president of that organization.  He's also the president of the American Homebrewers Association.  If that's not enough Papazian was also part of the founding or planning of the Institute for Brewing Studies, Brewers Publications, the Great American Beer Festival, the World Beer Cup, and Zymurgy magazine.

And, of course, he's the author the book generally called "The Homebrewer's Bible" which is simply a must-read for anyone who wants to make their own beer.  Papazian has dedicated his life to spreading his love of beer across the world.  Everything he does is connected with beer - not a bad life eh?  No wonder that Papazian is one of my personal idols.

In case you haven't heard - it's also Chicago Craft Beer Week.  It's a damn shame that we've taken so long to mention it here because there's a ton of great events you've probably missed.  There's more going on tonight though.  Tonight, I'm personally trying to catch the Half Acre and Metropolitan Firkin tappings at Fountainhead... and the Sierra Nevada night at Guthrie's Tavern.  So yeah.. a fair amount of drunk bike riding may occur tonight.

So in honor of Papazian - Relax, don't worry, have a homebrew.. or any good beer really.