Share All sharing options for: May 23rd - Beard of the Day: Bill Ward 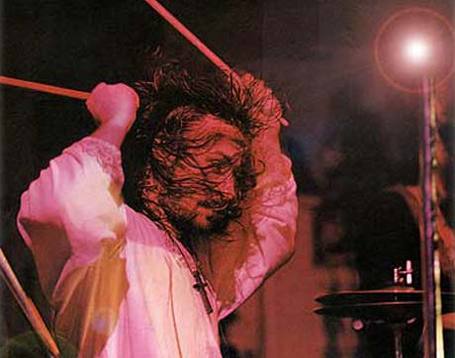 It is of course a damn shame that Dio never sported a beard because we obviously would have picked him to honor his passing.  It's a silly tribute but it's all we can do.

We aren't moving too far away from Dio though, as Bill Ward was the drummer for Black Sabbath from their formation until 1980 when he did some other projects.  He only missed one studio album though, Heaven and Hell, before re-joining the band.  Sabbath is of course, one of the greatest of the early heavy metal bands and if you don't own "Paranoid" then you ought to go buy it as soon as possible.  According to Wikipedia, members of Sabbath used to set Ward's beard on fire as a "prank".  So yeah, Ozzy used to be a giant dick before turning into a cartoon character.