May 26th - Beard of the Day: Aziz Ansari

Share All sharing options for: May 26th - Beard of the Day: Aziz Ansari 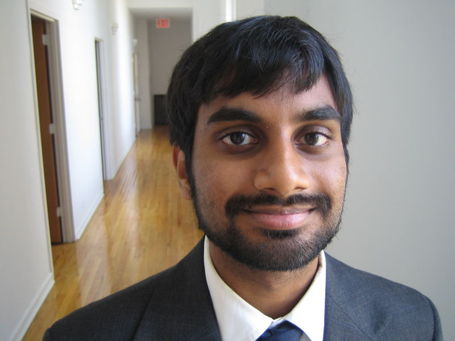 Now he's probably best known as Tom Haverford on Parks and Recreation but he was also part of the incredibly funny sketch show Human Giant on MTV.  He was also in that Judd Apatow movie Funny People.. but I never bothered to see that.  I did watch all the clips of his character I could find on the internet though.  If you haven't heard of RAAAAAAAANDY! yet - then go here.  I think I heard that he's going to be in a few new Apatow movies too.. so I'm sure you'll be seeing more of him.

This clip probably would have worked better in Round One... but we didn't think of it in time. So we'll just get it out of the way now.

Series previews will get kicked off later today with a look at the goalies for the Flyers... all 11 of them.