Share All sharing options for: May 27th - Beard Of The Day - Doug Martsch 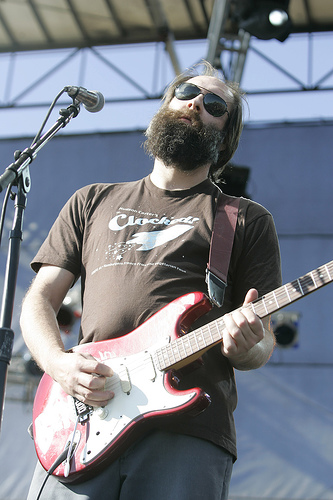 Long the front man and lead guitarist of indie rock veterans Built To Spill, Doug Martsch is at or near the top of the list of the genre's true shredders, along with the unfortunately beardless J. Mascis of Dinosaur Jr. Martsch clearly derives much of his sorcery on the axe from his spectacular beard, as it has clearly take years to grow that out to achieve such a level of dominance. Additionally, the band tours so relentlessly that it's evident that he simply doesn't have time to shave. And combining such a high level of skill with prolonged endurance is what the Stanley Cup playoffs are all about, aren't they?