May 29th - Beard of the Day: Sir Sean Connery

Share All sharing options for: May 29th - Beard of the Day: Sir Sean Connery 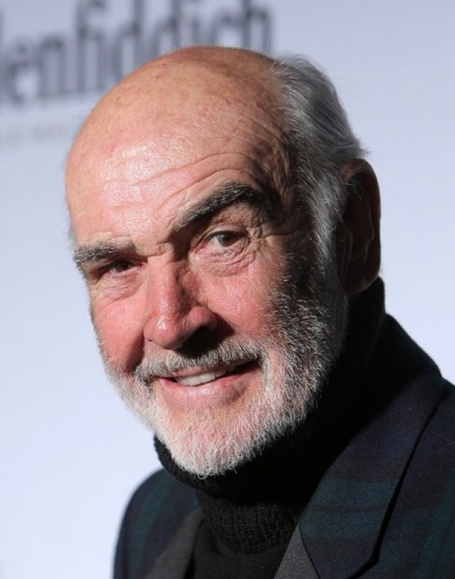 Born in Edinburgh, Connery has been declared "the greatest living Scot".  They easily could change that to "one of the greatest living humans".  Connery got his big break obviously as portraying James Bond in Dr. No - the first in those series, despite not having a beard.  Apart from Bond, Connery's also been in The Untouchables, The Hunt for Red October, The Last Crusade, Highlander, The Rock and The League of Extraordinary Gentlemen, which really wasn't as bad as most people think.

Don't think Connery just makes a living playing badasses in movies though.  He's a badass in every way.  He took up bodybuilding as a hobby and placed third in the Mr. Universe contest.  He was skilled enough at soccer football that a scout for Manchester United offered him a contract after seeing him play... he turned it down to act instead.  During one of his first acting gigs, a co-star's gangster boyfriend thought Connery was sleeping with his girl (I'd guess he probably was) so he charged onto the set and pointed a gun at him.  Connery disarmed him and knocked him to the ground.  Do I need to keep going?  I probably could...

There are plenty of clips we could use for Connery... but really this is the only appropriate one:

Are you sure you're ready for this?