Share All sharing options for: May 31st - Beard Of The Day - Stan Lee 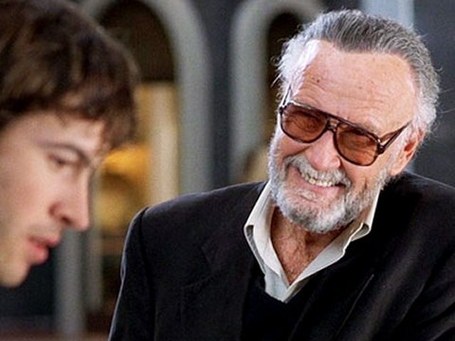 While he didn't rock a beard all that frequently, when he did, it was was incredibly noticeable, and at at touchstone moment of my adolescence with his extended cameo in Mallrats. Plus, he's such a big gun that given the situation, whatever degree of reach this is is totally acceptable.

What can be said about Stan Lee (born Stanley Martin Lieber) that isn't already already common knowledge to mega dorks and actual functioning members of society alike? His resume is borderline breathtaking. X-Men. Spider-Man. The Incredible Hulk. The Fantastic Four. Iron Man. Daredevil. The Avengers. The man has built an empire on legendary characters that as sprawled out from the pages of comics to film, television, video games, and pretty much any other medium you can think of, all while maintaining a sense of humor about himself even at his advanced age, appearing in cameos in nearly all the film editions of his works, most recently as Larry King ever so briefly in Iron Man 2.