Rumors of My Demise Have Been Greatly Exaggerated - Hawks 4, 'Nucks 2, Series tied 1-1

Share All sharing options for: Rumors of My Demise Have Been Greatly Exaggerated - Hawks 4, 'Nucks 2, Series tied 1-1

I guess someone forgot to let the Hawks know that last night's game started at 8:00. Maybe because Versus was carrying it, they thought they only had to start playing once it joined the game in progress once Boston/Philly was over, but the first five minutes were wholly nightmarish. The last 55 though, were finally what we'd been waiting for.

The first started with the Canucks hemming the Hawks into their own zone as we became so familiar with seeing on Saturday, and burgeoning Hawks killer Mason Raymond put a puck up over Antti Niemi's right shoulder on a broken play with little to no room to operate. Shortly there after, the eminently yappy Kevin Bieksa received a feed from one of the twins (who cares which one), and only a brilliant pad save from Niemi and a post kept things at 1-0. Things went from bad to fucking ridiculous when Niklas Hjalmarsson cleared a puck barely into the stands, and Brent Seabrook allegedly intentionally knocked the net off the moorings in a net mouth scramble to result in 90 seconds worth of two-man-advantage for the Nucks. Henrik (I think) found Mikael Samuelsson back door for an easy tap in, and the Hawks were down 2-0 just over 5 minutes into the game. Not exactly how they drew it up, I would have to imagine.

Then finally the switch got flipped.

Without having to even resort to their timeout, the Hawks seemingly figured out that they are in fact in a pretty hotly contested playoff series with arguably their biggest rival, and started to play like it. Waves of red sweaters began joining Roberto Luongo in his crease, and Vancouver defensemen began doing the chasing in their defensive zone. Brent Seabrook cut the defecit in half by sneaking in from his point position and slipping a puck past Borat stick side after it had squirted free in the slot during an exchange of ideas at the top of the crease. While the Hawks were indeed fortunate to get out of that period only down by one, the tone of the play seemed to be a harbinger of things to come.

The middle frame ended up being a continuation of the latter half of  the first, and if not for some big saves by Bob on Adam Burish, Ben Eager, and Kris Versteeg on a couple of occasions, the Canucks could have easily found themselves down after forty minutes. However, Vancouver was able to cling to the lead. While the Canucks didn't have many chances, Niemi did however make a key glove save on Ryan Kesler during a shorthanded two-on-one that would end up looming large.

An iffy holding the stick call on Duncan Keith early in the third would put the Hawks down a man, but a sexually arousing sequence of Brent Seabrook blocking a shot, Patrick Sharp chipping the puck past a flat footed Vancouver defenseman to gain speed through the neutral zone, Kris Versteeg driving to the far post hard on the two on one, and a patient move from Sharp to finish it off would knot the game at two. Versteeg would finally be rewarded with 90 seconds left ripping a wrister high over Luongo's shoulder from the bottom of the left ring after some fantastic puck movement by the Hawks. 20-Cent ices it (see what I did there?) with an empty netter. Series tied 1-1, faith in humanity restored, right? 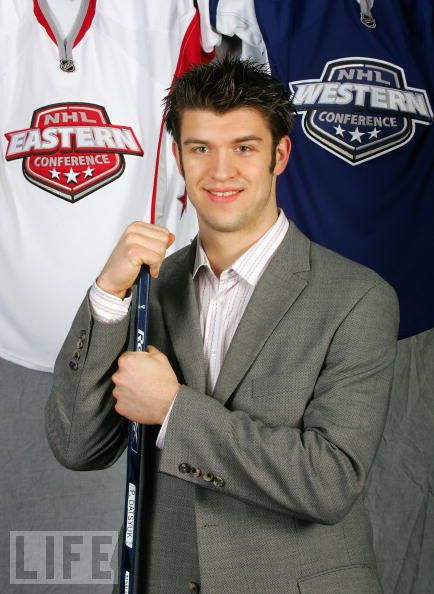 The reasons why were pretty clearly explained above even in the face of Kris Versteeg's performance, but even apart from his stat line, the eye test showed Seabs being an absolute terror in all three zones last night.