May 8th Beard Of The Day - Dimebag Darrell

Share All sharing options for: May 8th Beard Of The Day - Dimebag Darrell 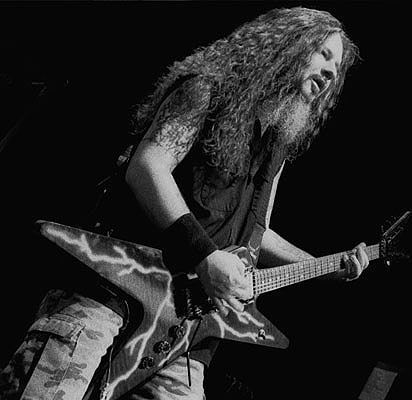 I saw some people calling for this in the comments of Captain Marvel, and it sounded like a good idea to me.  I'm not the biggest Pantera fan around, but that doesn't mean I don't know that Dimebag will go down as one of the best metal guitarists of all time.  Sadly, his death was all too sudden, much like the Canucks.  Except the Canucks death isn't sad, just fucking hilarious.  Go blast Cowboys From Hell, because that album fucking rules, as we wait for a Vulgar Display of Power that will put those blue and green fucks out of their misery tomorrow.